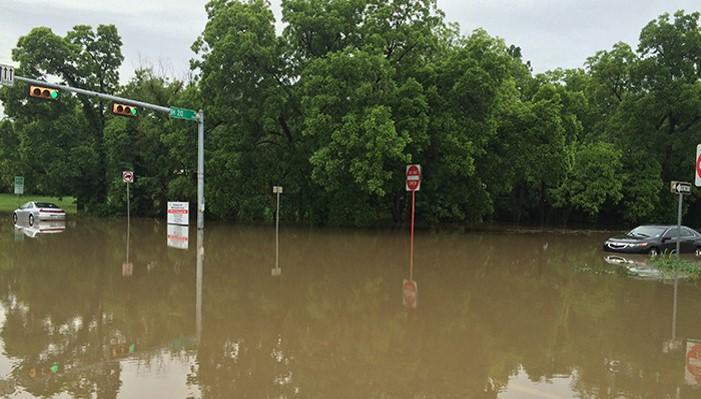 Grand Prairie, Texas is prone to severe flooding from the West Fork Trinity River and its tributaries. These waterways generally flow from west to east, the same direction most storms in the area move, causing streams to react very quickly during storms. Several local locations near the various waterways are at risk from flooding, including busy roadways and residential areas. Thus, anticipating high water levels is a priority for the staff in charge of emergency response. To help address this concern, the City recently installed several stream and rain gauges to monitor stream response.

However, gauges only provide information as a flood is occurring, so the City was still looking for cost-effective ways to increase lead time and improve emergency response during a flood. After listening to a presentation by Walter P Moore about “rating curve” (relationships between flood elevation and flow rate specific locations) development for flood monitoring, the City contacted Walter P Moore about utilizing this methodology for flood warning applications. Several brainstorming sessions later, the City engaged Walter P Moore, who partnered with the University of Texas at Arlington (UTA) Fang Research Group, to develop a scalable system based on these methods.

Rather than simply monitoring conditions as a storm occurred, an automated system was created to project the timing of potential inundation of critical locations without relying on complex and computationally intensive real-time models. Relationships between the time of flooding and rainfall in the watersheds were developed from models of both historical and theoretical storms. These relationships are then applied to real-time rainfall to predict the inundation and lead time of flooding during actual storms, which is provided to the end-users. The system also includes a library of inundation maps showing potential extents of flooding at each critical location. The city can utilize these maps digitally in real-time during a storm or offline for planning. The advantage of this method is the ease of implementation within budget using data the city has already been collecting. 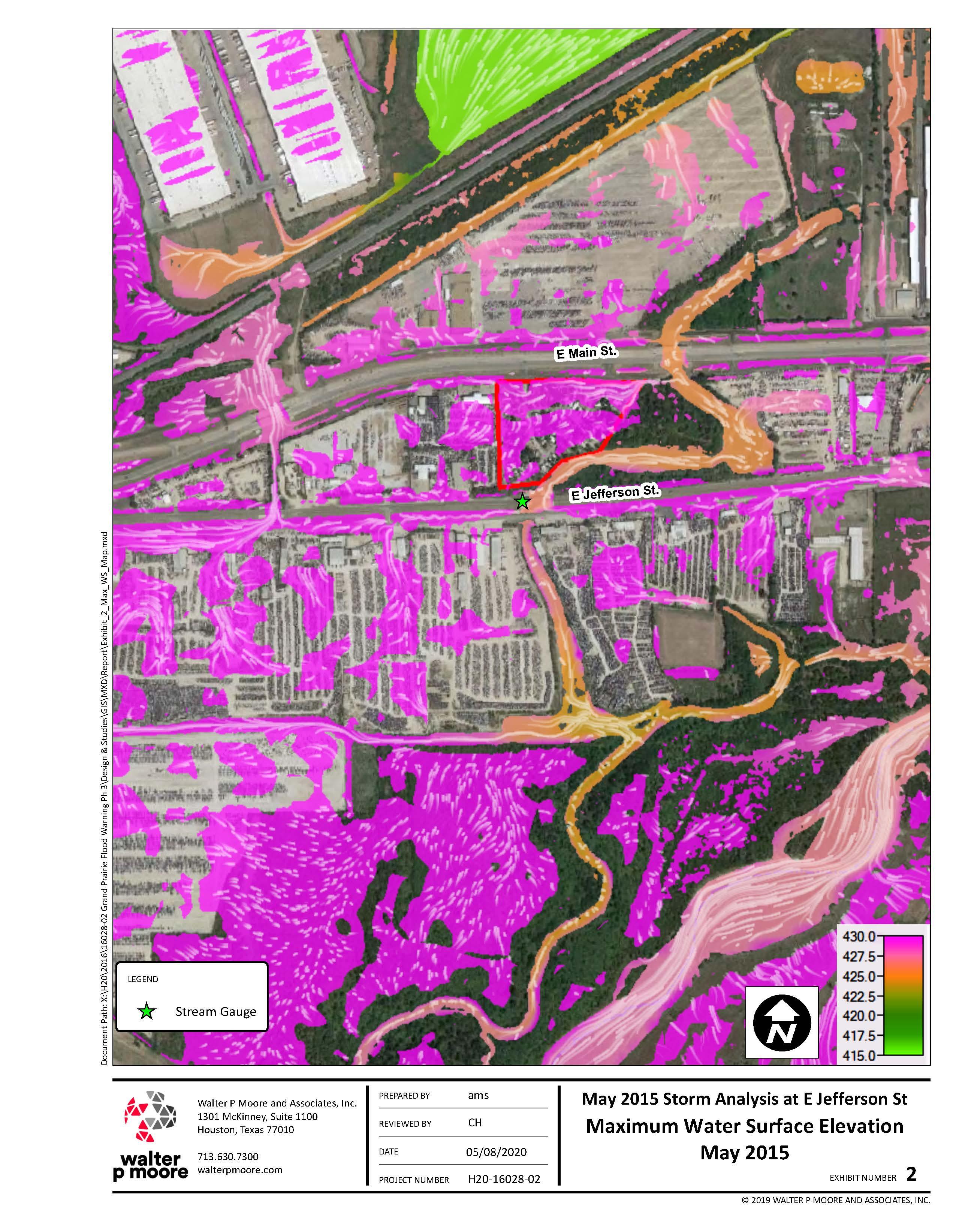 Scalable System
After the initial phase of the FWS, several new watch points were introduced that were subject to backwater effects or were simply not located directly on a stream. This required Walter P Moore to develop new methodology for those sites as compared to what had been done in the initial phase. Additionally, some special case watch points and flooding locations adjacent to existing gauges required 2D modeling to fully understand the cause of flooding and the relationship between elevations at existing gauges.

External factors that influenced the hydraulics at the watch point locations—such as controlled reservoir releases and downstream backwater—required additional investigation and on-the-fly resolutions. The team leveraged both internal and external expertise from UTA to understand these challenges and to develop solutions to provide similar-scale flood warning capabilities developed in the initial phase.

The system is scalable, allowing incorporation of additional existing and future gauges, and can adopt other predictive capabilities in future phases, such as forecasted radar-based rainfall.

Effective Solutions
From the outset, the goal of the project team was to create a cost-effective solution that was customized to the City’s specific needs. The process began with a half-day workshop with first responders and primary users to understand what information they needed during a storm event and what information would be useful to emergency operations staff and first responders from a flood warning system.

Understanding of the end-user needs was critical in developing the methodology and system outputs, as well as collecting information on local flood hazard areas and anecdotal information on hydrologic response. During the system development, Walter P Moore worked closely with primary users to test the system, get feedback, and provide continuous monitoring during storm events.

The implementation of this system has provided first responders and primary users at the City with critical information needed to help protect the general public during flood events. Since its deployment, Grand Prairie personnel have utilized the system information during storm events and, in at least one case, it allowed them to set up barriers and then watch as the water rose up over the roadway, as predicted. The project began with very limited data but has evolved to provide a system that not only works well but is cost-effective and scalable to future expansion and data enhancements.

Andy Yung PE, CFM, D.WRE is a Principal and the Chief Hydrologist with Walter P Moore’s Water Resources Group in The Woodlands, Texas.