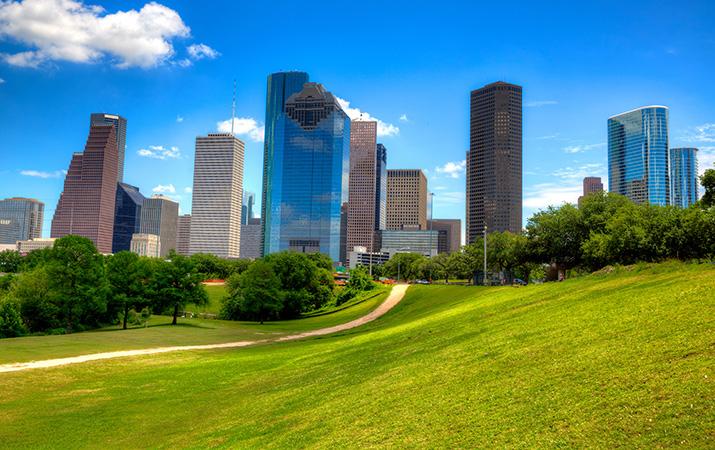 Parking Expert, Matt Feagins, dives into Houston's proposed Walkable Places and Transit-Oriented Development Ordinance Amendment and what it could mean for the city's future landscape.

American cities have been trying to improve their “walkability” for years now, and thus their livability. Like most American cities which primarily grew after the invention of the automobile, Houston, Texas was built on the premise of people using their cars to get around. Using public transport, walking or biking around was pretty much ignored until very recently. As such, many cities have made it difficult for people to get around without a car. But, like many U.S. cities, Houston is trying to undo much of what was done over the last half century or so. The City of Houston is currently working on updating their ordinances to make their city more walkable. This “Proposed Walkable Places and Transit-Oriented Development Ordinance Amendments” is planned to be completed in the summer of 2020.

Luckily, Houston already has a head start in many ways moving forward. How is that you may ask?  Houston does not have strong zoning which inhibits where buildings can and cannot be built and of what type. This means developers can quickly add mixed use projects where needed, thus putting living spaces directly adjacent to other uses. This automatically lessens the need for users to get in their car. The current template in Houston moving forward appears to be Midtown with its current light rail line and adjoining apartments with wide sidewalks and street trees making it the most walkable area of the city. As such, the area has been booming. The planned ordinance amendments should only help keep this momentum moving forward.

In addition to the minimal zoning, the city does not have minimum parking supply requirements in many parts of town. This is called a "market based requirement" where the developer can build as many or as few spaces as they think will be needed. The supply can come from the site, adjacent site(s) or even via the transit system. Currently, this is allowed downtown and a few more areas. The proposed ordinance expands this to streets adjacent to the current light rail system. Those streets designated as Primary TOD Streets (located a maximum of ¼ mile walking distance from a station platform) extend this market based parking requirement to these areas. Furthermore, Secondary TOD Streets (located ¼ mile to ½ mile from a transit station) allow a 50% reduction in the current minimum requirements applicable to the rest the city. The idea is to increase transit ridership and increase the density of use by reducing the parking area consumed and increasing the area of other more productive uses. Offsetting this somewhat is the requirement for additional bicycle parking: including 1 space for 5000 square feet of ground floor area and 1 space for every 20 units in multifamily properties. 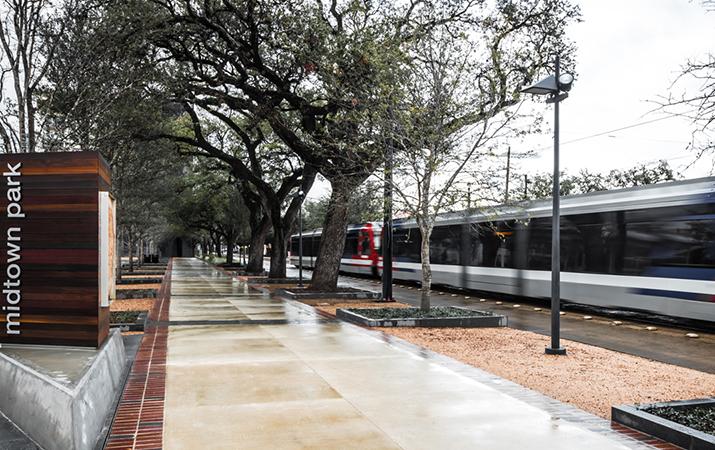 The ordinance has several site design criteria which should apply to any new development. Buildings are encouraged to be placed close to the street and parking set back behind the building rather than in front. Below grade structures, though, are not required to meet this setback requirement and can extend to the property line. This will allow below grade parking areas to be maximized without affecting the setbacks above. The development can only provide at most one 30’ two-way driveway or two 15’ one-way driveways for every 300’ on their property on a Primary TOD street. No curb-cuts are allowed on the Primary TOD street if the property fronts along more than one street. If the property fronts along two or more Primary streets, the developer can pick a street for the driveway.  These restrictions will require architects, traffic engineers and parking consultants to pick their curb-cut location and number wisely.

One last parking design related standard has to do with the pedestrian realm. The pedestrian realm is defined as the area between the curb and the face of the adjacent building. Most of the restrictions have to do with the minimum width and the uses of that area with that width. For example, the minimum pedestrian realm width shall be 20’ along Transit Corridor Streets and 15’ along other TOD streets.  No auto related use is allowed in this realm with just two exceptions: driveways perpendicular to the TOD street (subject to above mentioned restrictions) and pedestrian drop off zones must be beyond the minimum pedestrian realm width.  In other words, entrance/exits to/from the garage will need to turn directly into the facility to meet requirements. Drop-offs will be restricted in their location and therefore may be better located “inside” the facility and not along the curb.

Of course, the ordinance also specifies several design standards, which we won’t go into here because it really doesn’t have anything to do with the parking program or functional design. This information can be found online and mainly deals with architectural fenestration, public pedestrian entrance, shade structures and the like.

All of the above applies to Transit Oriented Developments which are adjacent to current transit stations, but developers also have the option to petition the city to designate their site as a Walkable Place. The developer will also need to get buy in from adjacent property owners (more than 50% of the owners on both sides of the proposed Walkable Street) to apply for this designation. A Primary Street designation must be made and a secondary street designation can be made if desired. These designations are essentially the same as Primary and Secondary TOD streets. Much of the same pedestrian realm requirements apply for Walkable Places as they apply to TOD’s. The same curb cut/driveway requirements also apply here. The main difference here between a Walkable Place and a Transit Oriented Development is the fact that a Walkable Place must apply to the city for a Special Parking Area (SPA) Designation if they do not want to meet the parking requirements as typically shown in Chapter 26. A SPA is an area designated by the city that may have alternative requirements than what is typically required. Existing SPA areas include the Menil Museum and Campus as well as the Texas Medical Center. The SPA shall include a parking management plan which has, at a minimum, an analysis of the parking supply and demand including anticipated peak hours as well as mitigation measures to prevent spillover of parking in adjacent areas. The SPA could allow a significant reduction in parking if properly done and the proposed uses mesh well from a parking demand standpoint. Just give your local parking consultant a call and they can help determine the needed parking supply! 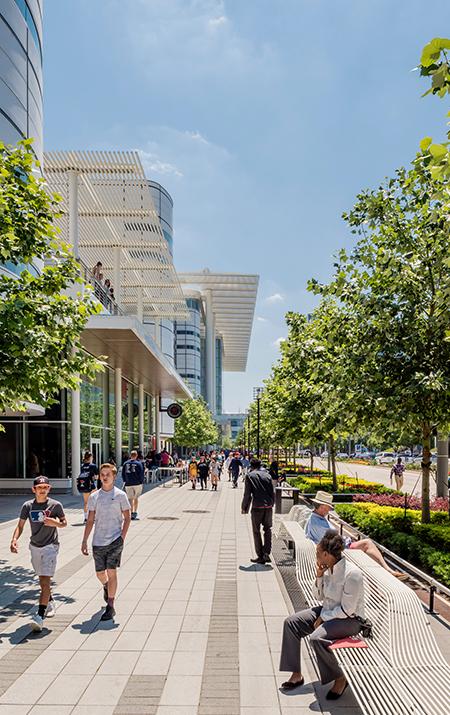 The proposed ordinance has not been put into law yet and could have substantive changes forthcoming, but as currently envisioned, it could literally change Houston’s landscape. The City of Houston could look a lot different in 20+/- years. The proposed ordinance is planned to be put in front of city council for vote in early summer of 2020. Stay tuned and we will let you know of any parking related changes.