Making a Difference in the Bangladesh Ready Made Garment Industry

On April 24, 2013 an eight story building called Rana Plaza collapsed in the Bangladesh capital of Dhaka, killing 1,134 ready-made garment industry workers and injuring more than 2,500 others. This catastrophic structural failure was the most deadly factory collapse in history and it propelled the global ready-made garment (RMG) industry into action to make Bangladesh factories – and hence the four million Bangladeshis who work in them – safer. In Bangladesh the RMG industry accounts for 80% of exports and, as a result, is of paramount importance to the tenuous economic health of the one of the world’s poorest countries. Despite its economic importance, or perhaps because of it, enforcement of building codes for factories had historically been lax, leading to an entire industry rife with unsafe working conditions. The lack of fire safety was well known due to a long record of fatal factory fires, including a fire in late 2012 that killed 112 workers. By early 2013, several international retailers with supply chains based in Bangladesh factories had already embarked on fire inspection programs, but until the 24th of April that year no one considered structural safety to be a fundamental concern. Rana Plaza changed everything, shaking the industry to its core and finally spurring urgent and lasting change toward safer factories.

Walter P Moore played a pivotal role in supporting U.S. retailers, led by Gap Inc., to do their part to make factories safer. Our work unfolded in three distinct stages.

One week after Rana Plaza, Gap reached out to Walter P Moore for assistance. In the wake of Rana Plaza, workers refused to enter factories with even minor non-structural cracks, leading to the temporary closing of numerous factories including several used by Gap’s supply chain vendors. In the absence of reliable local technical capabilities, Gap’s only recourse was to quickly find a consultant that it could trust to conduct inspections to confirm the structural safety of buildings located 8,000 miles away from their home office in San Francisco.  Even then, since the factories were not owned by Gap nor their vendors, Gap could not mandate action within the factory, but only influence the situation in Bangladesh through their decisions regarding the vendors with which they would work in the future. Walter P Moore immediately responded to Gap’s request and quickly confirmed the structural safety of the factories, giving workers the technical assurances of safety that they needed to confidently return to work. Our structural team assessed one closed factory four days after Gap first called us; assessments of four more closed factories followed that same week. This first response put Gap on a path to systematically assess all of the factories being used by their vendors. 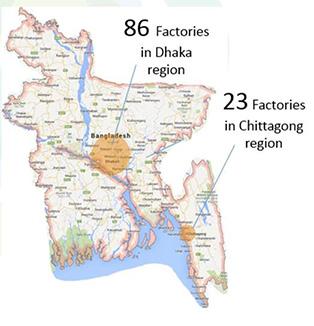 Gap had contracts with vendors in 79 factories in Dhaka and Chittagong, the second largest city in Bangladesh. Just getting to these factories proved challenging, although Walter P Moore’s presence in India helped us respond quickly with technical specialists. Once in the cities, transport and communications were extremely challenging due to language differences, infrastructure deficiencies, and social unrest, including many political demonstrations (known as hartals) which commonly devolved into riots in the streets. Walter P Moore’s teams worked closely and creatively with Gap’s in-country social responsibility and vendor compliance representatives to solve the logistical challenges and perform assessments on a priority, ongoing basis over the next six months. Our assessors occasionally traveled to factories in ambulances to get past the hartals that blocked the streets to other traffic.

Why were the factories unsafe?

As the ready-made garment industry flourished, many factories were vertically expanded or converted from residential or retail occupancy to create additional production capacity. At the same time, few buildings had proper occupancy permits or structural documentation that evidenced design and construction compliance with the building code, the Bangladesh National Building Code (BNBC). For many factories, jurisdictional oversight of design and construction simply did not exist. This lack of jurisdictional controls gave rise to fundamental structural concerns about strength of materials, floor capacity for heavy factory floor loading and, most importantly, column strength to safely support the number of floors in the factory. Deficiencies in all of these areas had led to the Rana Plaza collapse.

The Walter P Moore common sense assessment protocols used a combination of limited field testing and the judgment of the assessor to draw conclusions about the structural safety of the factories. In this way, our assessments for Gap focused on identifying structural issues that clearly presented life safety concerns to workers. We developed a color-coded rating system that would be easily understood by all parties.

Stage 2: Structural Advisor to the Alliance for Bangladesh Worker Safety 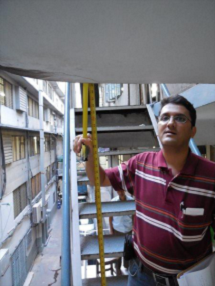 Four months after the Rana Plaza disaster, Gap and a small group of US and international retailers bonded together to form the Alliance for Bangladesh Worker Safety. Traditionally fierce competitors, these retailers understood that none of them could effectively improve factory safety individually. The Alliance eventually grew to include 26 mainly US-based retailers and mirrored a similar organization of primarily European retailers called the Accord on Fire and Building Safety in Bangladesh. Alliance members committed amongst themselves, and to a skeptical global press, that they would not contract with vendors who worked in unsafe factories. The two primary safety concerns – as proven by the previous fires and most specifically by Rana Plaza -- were fire safety and structural safety. Though their commitment seemed straightforward, it presented a myriad of challenges and questions that will take years to address.

The first and most fundamental technical challenge was that there was no standard that defined what constituted a “safe” factory. Though the BNBC is a sound building code, virtually no factories explicitly complied with its requirements for fire or structural safety. As a result, a more pragmatic standard that could be rapidly confirmed by field assessment was required. Because of our trusted advisory relationship with Gap and our understanding of the technical and in-country issues, Walter P Moore was engaged by the Alliance as their primary structural advisor. We worked with representatives of many Alliance retailers, including Gap, to synthesize the lessons that each had learned in conducting their own factory assessments. Then we wrote the first detailed technical structural standard for RMG factory safety. This standard was published by the Alliance and remains in effect today. 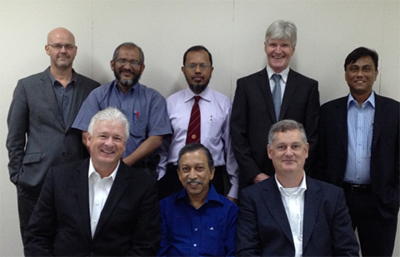 Of the more than 5,000 RMG factories in Bangladesh, Alliance-affiliated vendors worked in about 600. Accord-affiliated vendors worked in approximately 1,600, and the Accord was in the process of developing their own standard to assess those factories. To further complicate matters, the Bangladesh government was making plans, independent of the Alliance and Accord, to assess all other RMG factories in an admirable effort to bring about industry-wide reform. They engaged the Bangladesh University of Engineering and Technology (BUET) to conduct assessments of the remaining 2,800+ factories. BUET developed a third standard based on their experience. The existence of three different factory safety standards was quickly identified as problematic, especially since many factories hosted multiple vendors, some contracted to Alliance retailers, some contracted to Accord retailers, and some unaffiliated with either. Without a single standard for all factories, factory owners would be confused about requirements and would have a built-in excuse to avoid making real changes.

Amidst much acrimony among the various retailer factions as well as the Bangladesh Garment Manufacturers and Exporters Association, the United Nations mandated special technical meetings in Dhaka to achieve a single, harmonized technical standard. Walter P Moore represented the Alliance in these meetings and was a key contributor to the rapid development of a single global standard for factory safety.

Stage 3: Implementation of Countrywide Factory Assessments and Quality Control for the Alliance 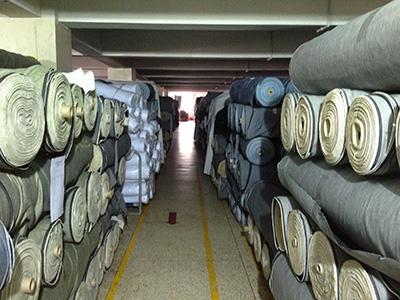 When the Alliance began factory assessments of all their members’ vendor-affiliated factories, they wisely chose to utilize local Bangladesh engineering firms as a way to build technical capacity and hence sustainable safety within the country. However, few Bangladeshi companies had the expertise to conduct the assessments in accordance with the new harmonized standard. In response, Walter P Moore developed and conducted technical training presentations for Alliance-certified Bangladeshi inspectors, helping inspectors understand the true concerns so they could effectively conduct and accurately report the complex structural safety inspections. These crucial reports formed the framework for ongoing and sustainable factory safety improvement.

Given the lack of experience of the selected Bangladeshi inspection teams, the Alliance needed additional assurance that the teams were performing in accordance with the standard. It would have been counter-productive had the assessments been ineffective. The Alliance once again engaged Walter P Moore to conduct detailed reviews of more than 500 structural reports prepared by Bangladeshi assessors, serving as both quality control engineer and technical mentor to the inspectors. The lasting result is a robust group of Bangladeshi engineering firms that will help the entire country continue to monitor and improve structural safety for RMG factory workers.

The Rana Plaza disaster gave rise to a level of urgency that was essential to an entire industry taking quick and decisive action for improvement. However, the changing of an entire industry cannot happen overnight. As a trusted technical advisor to Gap and to the entire Alliance group of retailers, Walter P Moore mobilized a wide range of capabilities -- fueled by our own passion to improve safety conditions for an entire country -- to quickly help put the Bangladesh RMG industry on the path to a safer future.