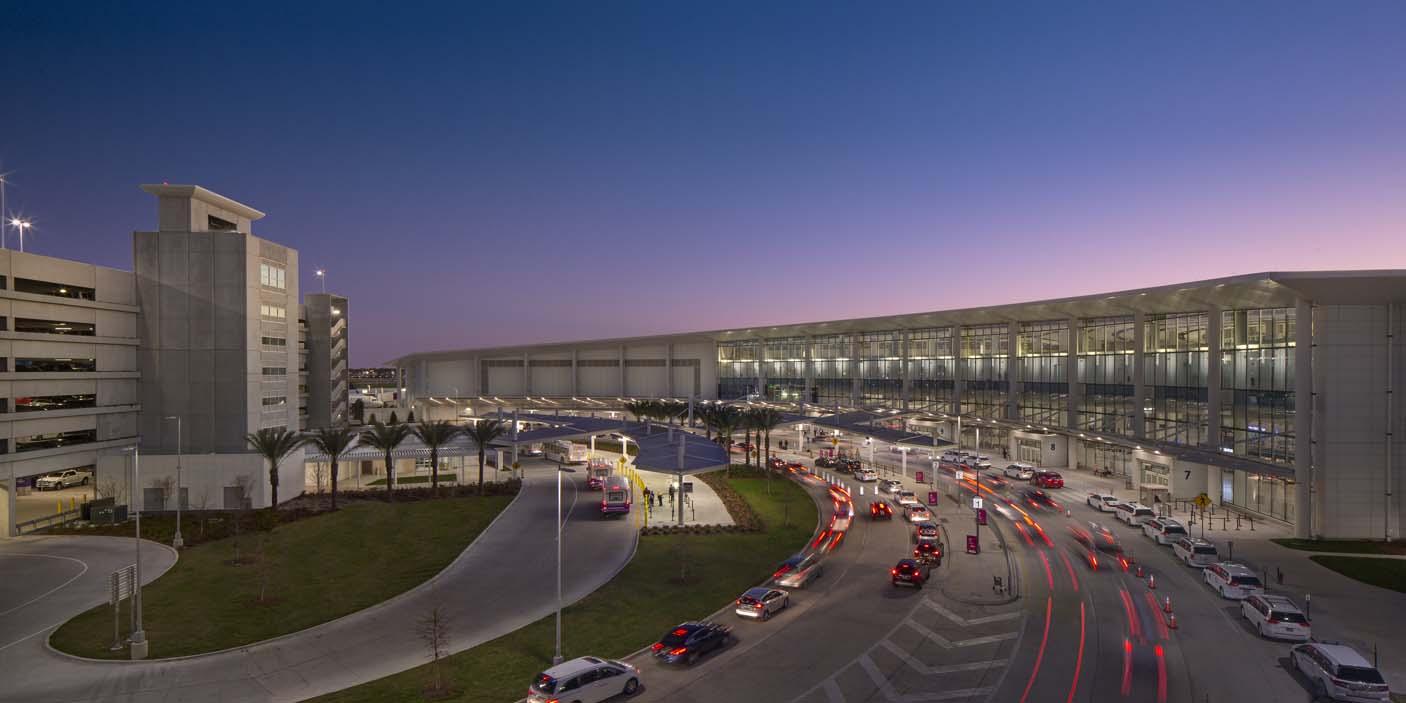 The new Louis Armstrong New Orleans International Airport (MSY) Terminal opened in November 2019, making it the first major replacement airport terminal to open in the U.S. in the last 10 years. Its signature design and fast-paced schedule required ingenuity from its design and construction team.

The terminal features 35 gates in three concourses, with modern amenities designed to enhance the passenger experience, update security and operations, and provide world-class concessions that highlight the flavor of New Orleans’ distinct culture. The terminal’s unique crescent shape, as well as a late-stage addition to the building program, presented a series of intricate design, engineering, and construction challenges.

This innovative new $1.3 billion terminal got its start in 2011—eight years before it would officially open. Two years later, airport officials made the decision to move forward with a long-term strategic development plan to build the new terminal on the north side of the airfield where it could tie into the existing runways and serve up to 15 million passengers per year. Construction commenced on the new terminal in 2016.

Due to the company’s extensive experience with complex terminal projects and collaborative approach, Walter P Moore was selected as the lead structural and enclosure engineer for the project. The firm’s integrated design approach played a critical role in the MSY project from initial conception to final completion. 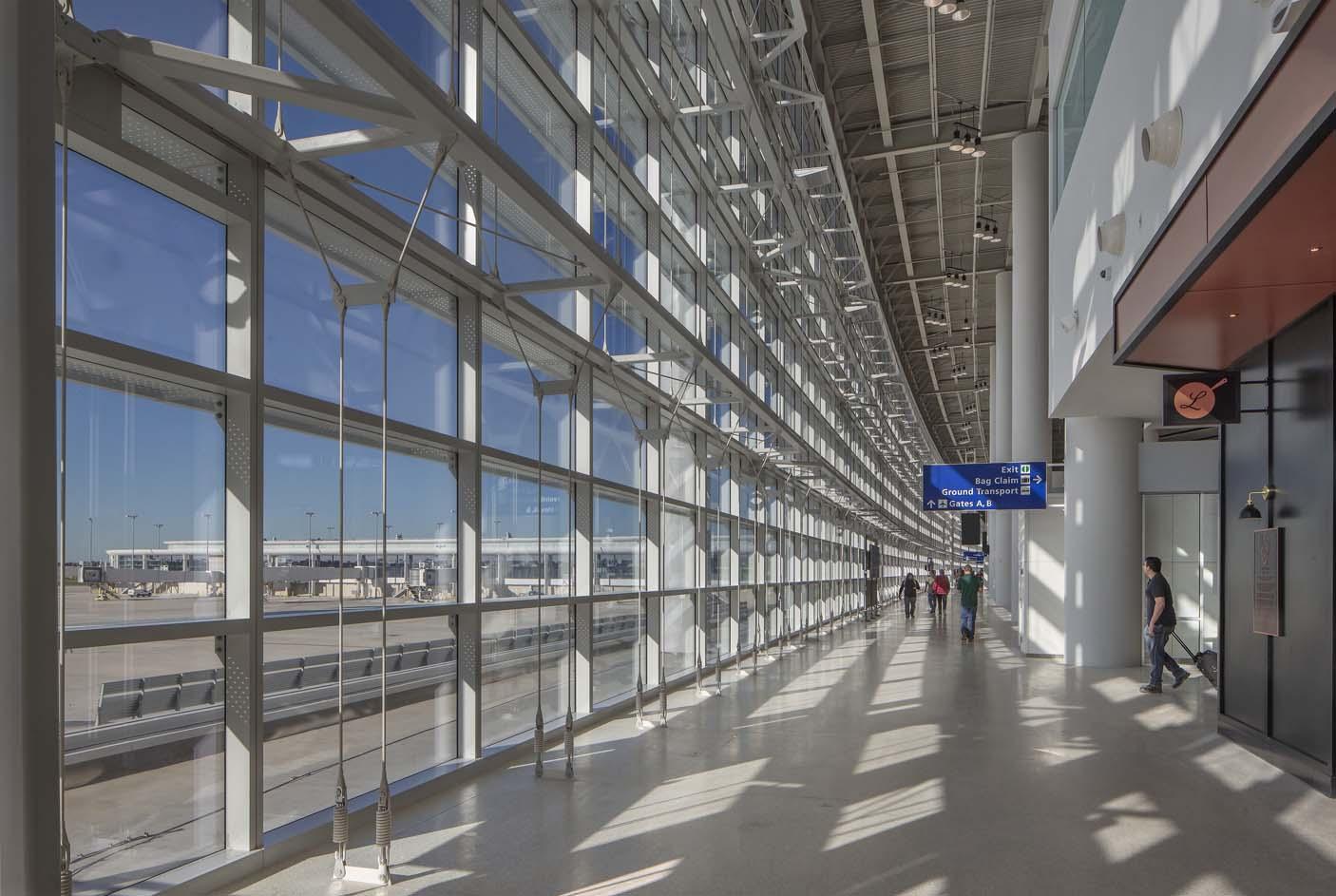 Walter P Moore embraced the use of connected digital workflows for the design of the project, which added value for the airport by reducing the timeframe and cost of an iterative design process, and by producing a well-coordinated, economical, and efficient design of the structural and enclosure systems.

“Our use of parametric modeling tools allowed us seamless interoperability of geometry and building information between various digital models used for documentation, analysis, coordination, and construction,” said Blair Hanuschak, the project director from Walter P Moore.

One of the signature design and structural elements of the new terminal includes a massive curved glass curtainwall system that measures nearly 800 foot long by 50 foot high, supported by an elegant steel cable and truss system. The curtainwall was designed to withstand 150 mph Category 5 hurricane winds and impact by wind-borne debris yet provide ample natural light and spectacular views to the airfield.

By 2017 designs were approved and construction was underway when the City of New Orleans realized passenger growth was increasing at a faster rate than anticipated. Therefore, the original design for a 30-gate, 650,000-square-foot terminal was increased to 972,000 square feet and 35 gates by accelerating the design and construction of a third concourse.

When this design change was implemented, 30% of the foundations were already in place and the structural steel was being fabricated and erected for the portion of the terminal where the added concourse would tie in to. 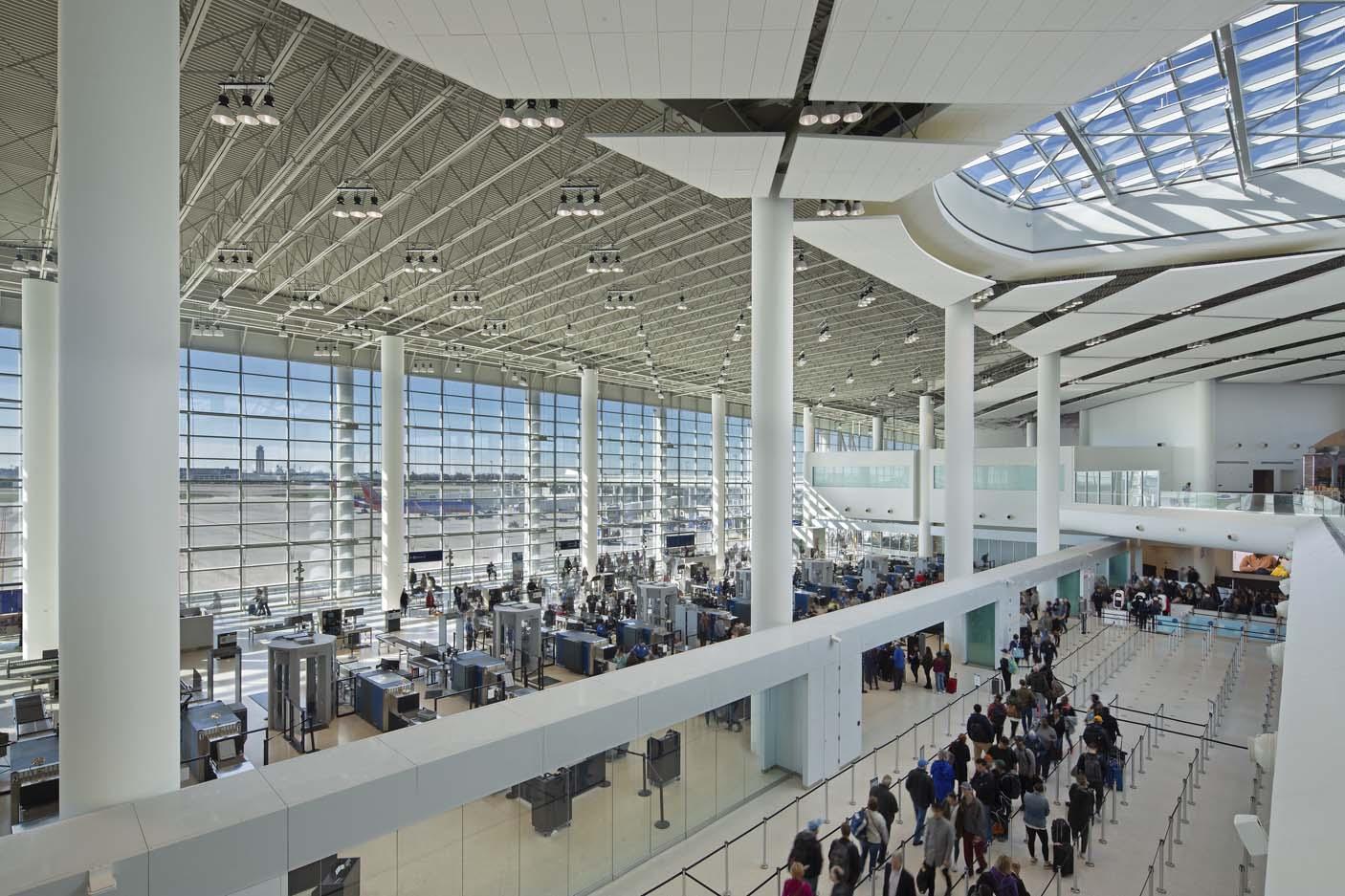 To meet this challenge, the Walter P Moore team leveraged a digital platform combining Revit, Dynamo, and Grasshopper design software to manipulate the integrated structural and enclosure model simultaneously. As a result, Walter P Moore’s team was able to rapidly redesign the primary structure and enclosure systems in several days as opposed to several weeks, helping to keep the project on track and on budget.

Since opening in November 2019, the new Louis Armstrong International Terminal has received acclaim from the aviation community and passengers alike and now serves 16 commercial airlines. The project is a major economic driver and focal point for New Orleans, as well as one of the airport industry’s most transformative terminals in the last decade.