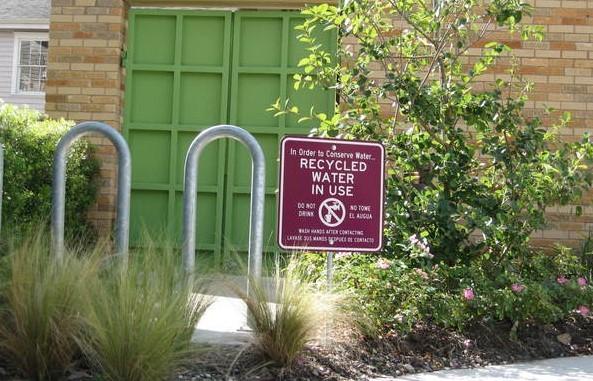 In my article “The Carbon Cost of Water,” which appeared in Walter P Moore’s Stewardship Report, Embodied Carbon, A Clearer View of Carbon Emissions; I wrote about the carbon emissions related to water consumed over the life cycle of a project.

As I noted, the carbon impact associated with the water-energy nexus can be significant but does not get adequate attention. Operational water usage is not currently in the life cycle embodied carbon assessment of buildings and sites. I described one tool that we already have in our arsenal to begin reducing the carbon cost of water, despite its limited exposure: water conservation and reuse. To properly specify an impactful water reuse system that reduces embodied carbon, the process starts with awareness and education.

Water conservation and efficiency measures can have a huge impact by reducing unnecessary demand on our energy-intensive water supply and treatment systems. One often overlooked element of our water usage is that most sites default to a single potable source for all water needs. The water for on-site demands is typically metered from a regional potable water distribution system, regardless of whether or not those demands require potable water. For example, irrigation, which often makes up the highest component of operational water usage, does not require the same high level of water treatment that we need for our drinking water. Irrigation water can instead be captured on-site to supply this non-potable demand. Separating the supply for our potable and non-potable demands allows us to reduce the energy demand and the carbon impact of a potentially significant portion of our overall water usage. When we do not think about ways to capture our water for reuse during design, we miss the opportunity to utilize a vital resource that we are essentially “generating” on site. Instead, we wind up throwing that resource away only to purchase it again from another entity.

Non-potable reuse systems represent the “low-hanging fruit” of carbon impact reduction from water. Most non-potable reuse does not require significant water treatment, which can be energy-intensive, not to mention costly and difficult to permit, nor does it require the same type of extensive distribution system infrastructure needed for potable water. At their very simplest, non-potable reuse systems may only require retention storage, basic screen filtration, and a pump to redistribute the water.

Some simple-to-implement methods of stormwater and greywater capture include rainwater harvesting, cooling tower blowdown recovery, and building condensate capture, all of which can be collected via a site stormwater network. Because the majority of site development projects require designing for stormwater capture in a central storage facility for detention anyway, most site development only requires relatively minor adjustments to account for non-potable reuse. Storage for non-potable reuse requires adding additional volume for retention—permanent storage until it is used—and a way to redistribute the water depending upon the on-site end uses. In a previous article, “Water Mapping Explained,” I discuss further the methodology to begin strategizing for non-potable reuse.

We have implemented successful non-potable reuse systems on several projects, including the recent Memorial Park Conservancy Clay Family Eastern Glades in Houston, Texas. These projects benefitted from limited additional design effort and cost and were able to reduce a major portion of their water demands drawn from the municipal system.

Many owners and developers are open to this idea because it is simple, typically low-cost, and provides some additional security in the form of diversifying the water sources to a site. Because rainwater is an intermittent source, however, adequate storage is critical. We will often size storage systems based on the volume needed for demands during an average drought period. More perennial non-potable sources, however, include condensate capture and treated wastewater effluent. Reusing treated wastewater requires more effort in treatment, distribution, and permitting, but can provide a more reliable source of water for those non-potable demands that require a constant supply, such as toilet flushing.

However, even the simplest strategy for stormwater capture and reuse is critical in achieving a site that is truly net zero; both in terms of water and energy. A fully net zero water system would include potable treatment of grey and blackwater capture for reuse, but non-potable reuse is the most achievable element and foundation of that ultimate goal.

Water reuse is a crucial component of regenerative design, so the future will need to incorporate water reuse as default if there is any hope of ever transitioning our developments to have a net positive impact. As William McDonough states in Cradle to Cradle, “Here’s where redesign begins in earnest, where we stop trying to be less bad and we start figuring out how to be good.” If an ideal model of the future is one in which the concept of “waste” no longer exists even “nuisance” water from rain events, treatment effluent, and condensate should be viewed and a resource to be harnessed.