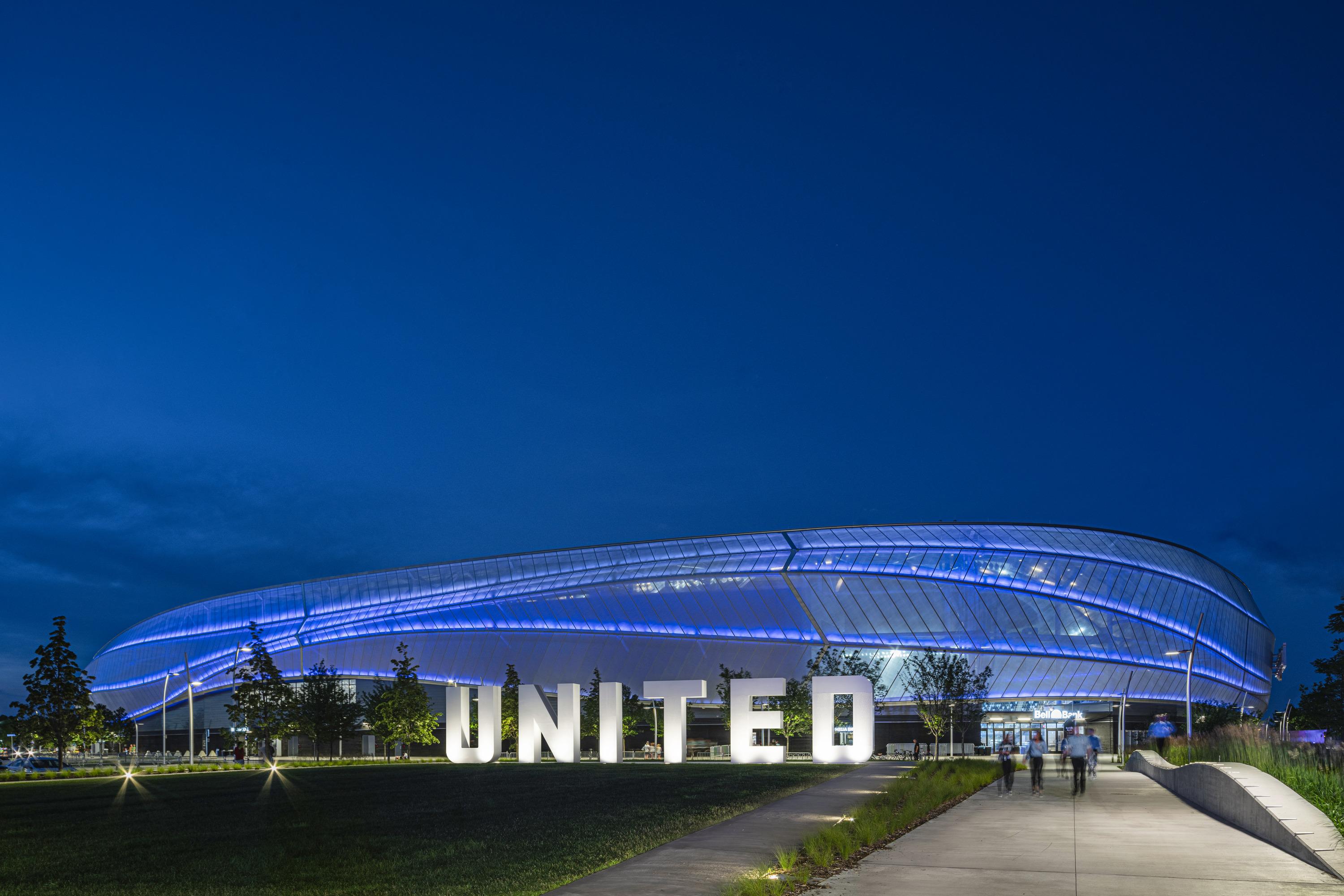 The American Institute of Steel Construction just revealed the results of its Innovative Design in Engineering and Architecture with Structural Steel (IDEAS2) Award competition. AISC made the announcement before an audience of more than 4,000 industry professionals during the opening keynote of NASCC: The Steel Conference in Denver.

Nine projects, ranging from a cutting-edge Seattle skyscraper to a sophisticated staircase in a private New York home, represent the most innovative aspects of today's design and construction industries.

"I always look forward to seeing the IDEAS2 Award winners, and once again the industry has made it very difficult for our judges to select winners among an outstanding pool of submissions," said Charles J. Carter, SE, PE, PhD. "It's truly inspiring to see the ways today's most creative minds work with structural steel to create modern landmarks. Congratulations to everyone who worked on these projects!"

Allianz Field was named a National Award winner in the $75 million to $200 million category.

The team’s ownership desired a world-class stadium that would also as an iconic piece of art and architecture for the team and state, a venue that would dynamically convey the energy of the play on the pitch to viewers outside and allow them to see into the stadium.

It also needed to appear light, airy, and transparent yet still capable of standing up to the harsh Minnesota winters. Architect Populous’ design response is defined by a translucent skin wrapping around the entire stadium, made asymmetric and sinuous to avoid the horizontal “wedding cake” look of many traditional stadiums, and supported by large-diameter round hollow structural steel (HSS) shapes.

"This type of project does not come to be without an intense level of engineering expertise, steel industry excellence, and a deep commitment to collaboration throughout the design and construction team. The iterative design process employed for the façade/skin design and the connections involved was impressive. I'm sure it is one of those things where it was complicated to implement and get everyone on board initially, but it made the process way smoother once things were up and running. Minnesota has been on my travel wish list, and this project just bumped it up a notch!"

Meeting this vision required an innovative digital design process that used a common central geometry file for structural analysis, architectural design, and ultimately material fabrication. The common platform enabled near-real-time design iterations between all parties working as one project team, not individual firms. Using a common platform allowed for rapid 3D visualization enabling more informed and timely decisions to be made that were in the best interest of the project as a whole.

Walter P Moore integrated the structural frame analysis and fabric membrane analysis, which allowed for the optimization of the entire structural steel system. The integrated design captured the undulating geometry, varied loading conditions, and complex interface between materials resulting in an extremely cost-effective design without compromising the ambitious design vision. And a structural steel package totaling 4,500 tons was the easy, economical choice for the primary and secondary structure due to a variety of factors: lack of repetition, long cantilevers, irregular geometry, and schedule.