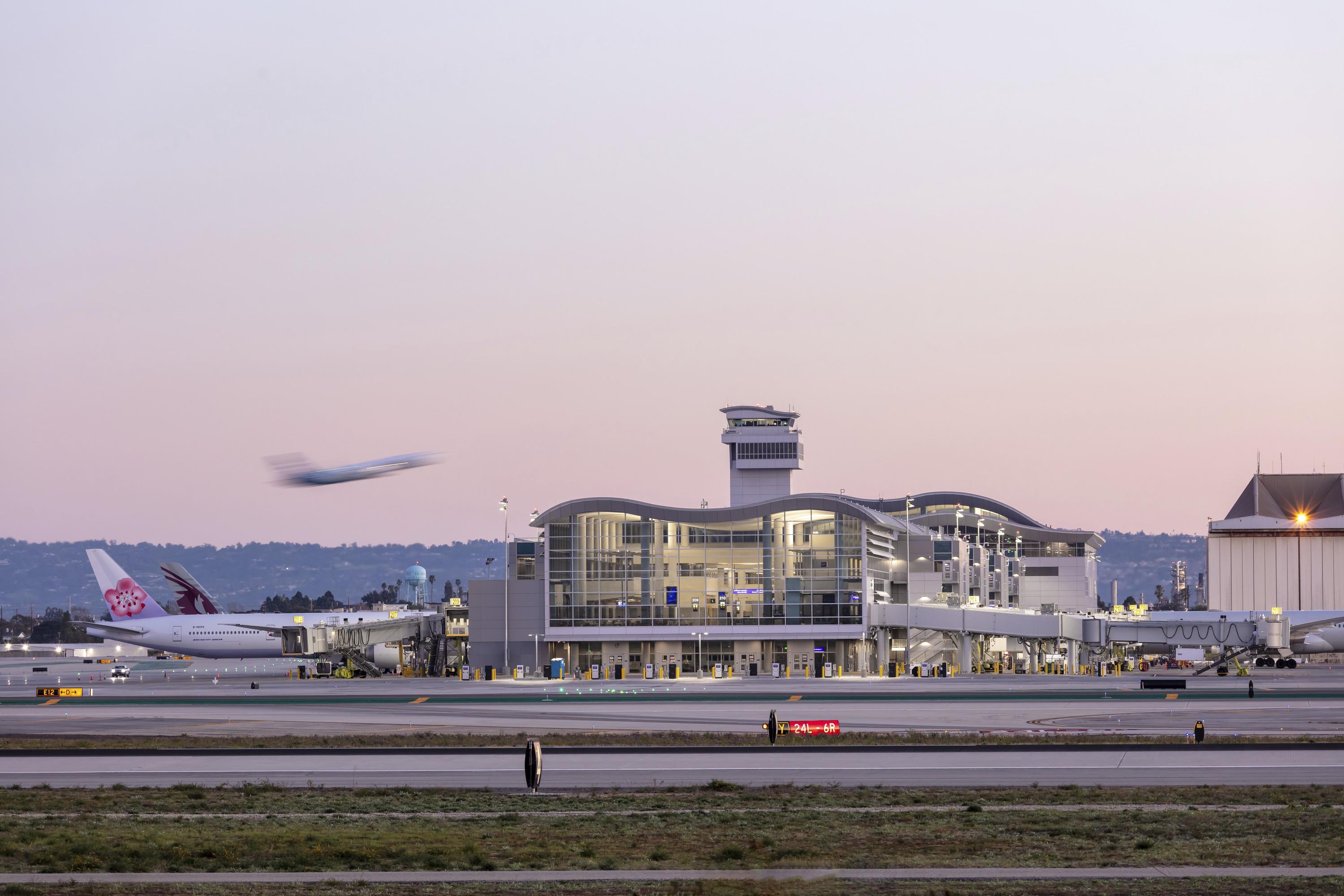 This article originally appeared in the Showcase 2022 issue of Passenger Terminal World.

Since opening in 1928, Los Angeles International Airport (LAX) has been recognized as a pioneer regarding airport design and architecture. LAX has gradually expanded over the years by adding numerous terminals as well as the Googie Theme Building in 1961. The iconic white structure symbolizes LAX’s commitment to design and architecture in the airline industry.

Fast forward 60 years, LAX continues to modernize and expand to meet increasing passenger needs as it undergoes a $14 billion Capital Improvement Program that will last through 2023. Traditionally, LAX is one of the busiest airports in the United States, therefore, the need to expand is constant.

In 2004, the Los Angeles World Airports (LAWA), which consists of the City of Los Angeles department that owns and operates LAX and Van Nuys Airport, embarked upon a multi-billion-dollar program to modernize LAX. This includes the 750,000-sf, five-level Midfield Satellite Concourse North (MSC) terminal that has 15 new gates, including 12 wide-body gates for larger aircraft and serves as an extension of the Tom Bradley West International Terminal (TBIT). The MSC is in the central area of the airfield to the west of TBIT and is connected to TBIT by a 1,000-ft-long underground pedestrian tunnel with moving walkways, in addition to a separate utilities tunnel for baggage and services.

A joint-venture team led by Turner, PCL, Corgan, and Gensler was awarded the design-build scope for the project and included Walter P Moore as an enclosure consultant.

To seamlessly integrate with the other LAX terminals, the design team developed a façade system that is consistent in its design language with the TBIT façade, but follows a lighter design aesthetic and relationship in scale to TBIT.

“The enclosure system for the MSC was designed to be complimentary to the TBIT instead of mirroring the exact design,” says Brent Kelley, Managing Principal and Aviation Sector Leader at Corgan. “The MSC was envisioned with a rhythmic modulation that accounted for ease of construction within the limitations of the glass. Key to the design of the enclosure was to allow the maximum amount of daylighting possible while factoring in the need for solar screening.”

The façade systems, designed by Walter P Moore, includes a mix of metal panel and glazing systems with integrated structural support system to provide a robust and efficient solution that is cost-effective and performance driven.

Designed for the Future
LAWA’s goal for the MSC was to create a terminal that would serve passengers for many decades. This required a higher resistance to seismic activity and the ability to accommodate changing aircraft sizes. Walter P Moore oversaw the design and detailing of a laboratory-tested façade for the MSC that can withstand seismic drift without damage, allowing the building to remain functional and undamaged when experiencing a frequent occurrence earthquake. The airside enclosure systems were also designed for jet blast loading.

Walter P Moore developed a unitized enclosure system that was fabricated off-site and rapidly installed onto series of vertical steel posts spaced ten feet part. These posts span from the concourse level to the roof level and provide support for a unitized curtainwall system. This design configuration allows for wide glazing modules and different combinations of glass heights based on the design intent in an efficient and cost-effective manner. The metal panels cladding the exterior of the concourse vary between rainscreen systems and glazed unitized systems based on location and efficiency in integration with the curtainwall.

The MSC features three feature picture windows, which provide expansive views and daylight. They are located at each end of the concourse and face north and south. The north opening glazing is highly transparent and features views of the airfield. The south opening utilizes ceramic frit for solar control. The east picture window features views towards TBIT and utilizes sunshades for solar control, which were designed to be consistent to those utilized on TBIT.

The windows are up to 50-feet high. Due to their height, Walter P Moore developed a system that incorporates two moment frames at the end of each opening to provide lateral stability for seismic movements. Additionally, the moment frames were seamlessly integrated within the overall design aesthetic of the vertical posts and brace system.

“This methodology allowed for independent movement of the enclosure and accommodated the story drift at the head condition,” says Kelley.

To meet the challenge of varying aircraft sizes, each gatehouse was engineered as an independent unit that connects to the terminal using expansion joints allowing them to be reconfigured as needed.

Walter P Moore mirrored this modular approach in the façade’s structural system so the exterior cladding could be reconfigured to make any gatehouse configuration utilizing window wall and rainscreen metal panel systems.

Design Collaboration
Walter P Moore leveraged parametric modelling and digital design technologies throughout the design process of the MSC. This allowed the team to be agile to a fluid design process that included various stakeholders including the owner, contractor, subcontractor, architect, and consultants.

Walter P Moore developed a model that included every façade panel on the project, which was driven through parametric workflows, and then transferred to a BIM model for coordination and documentation. The project was an early adoption of Collaboration for Revit where all members of the design team were working from live models on the cloud, a process that is now the industry standard for major projects.

“The extensive use of parametric modeling and digital design technologies throughout the design of the project allowed for seamless communications between the building team, during all phases of the project,” says Kais Al-Rawi, a Senior Associate and Enclosure Design Leader in Walter P Moore’s Structural Group.

Sustainable Design and Construction
From design concept to final construction, sustainability played a key role throughout the entire process.

“Sustainability was a key driver in the design of the MSC,” says Steven Hergert, Senior Associate at Gensler. “It played a key role in the construction of the terminal as well as the long-term operation of the facility. This is evident in the abundant amount of natural light that brightens the concourse.”

The MSC opened in May 2021 and achieved LEED Gold certification and Cal Green Tier 1 requirements. More than 75 percent of the construction waste from the MSC was estimated to be diverted from landfills and recycled.