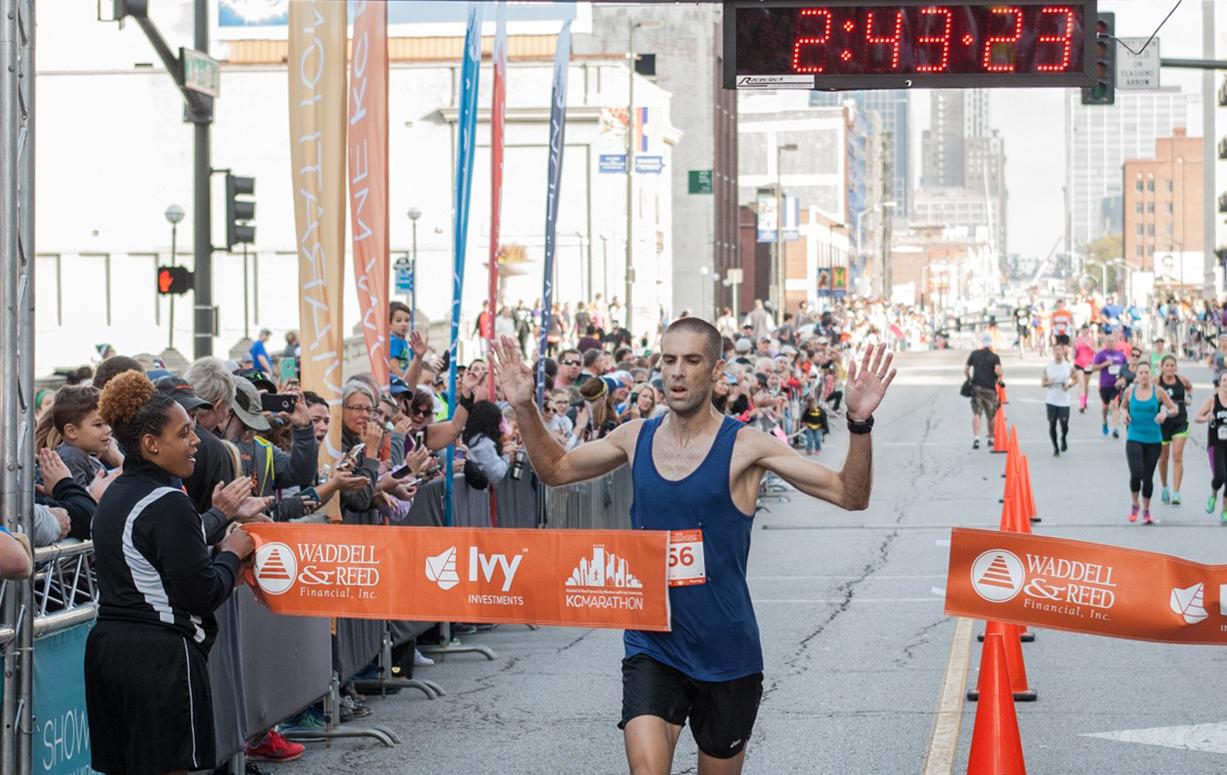 Walter P Moore congratulates structural engineer Brian Lewis, a Principal and the Office Design Manager for our Kansas City office, for earning first place overall in Saturday’s Kansas City Marathon, finishing in 2:43:26 — 12 minutes ahead of his nearest competitor and against more than 1,200 runners. Even at this impressive time, however, Brian actually logged his personal record of 2:39:25 in 2015, when he took seventh place, which he said was aided by “almost ideal weather.”

Brian settled into the third-place slot early in the race before taking the lead just past the halfway point. He said he knew he was going to win at about the 14-mile mark when he passed two younger runners who had been ahead of him until that point. Once he passed them, he never gave up the lead for the final 12 miles.

This year marked Brian’s 12th marathon, for which he rigorously trained for 16 weeks. His pre-marathon training program included running 40-70 miles per week, strength training, interval training, hill workouts, and long runs of 12 to 22 miles with his running club, The Runner’s Edge of Kansas City. Brian’s wife Kelly is also a member of the running club, which is how the couple met. He joined the group in 2009 after running his first half marathon in 2003 and his first full marathon in 2005.