Frison Chosen as 2019 TSPE Engineer of the Year

Frison Chosen as 2019 TSPE Engineer of the Year 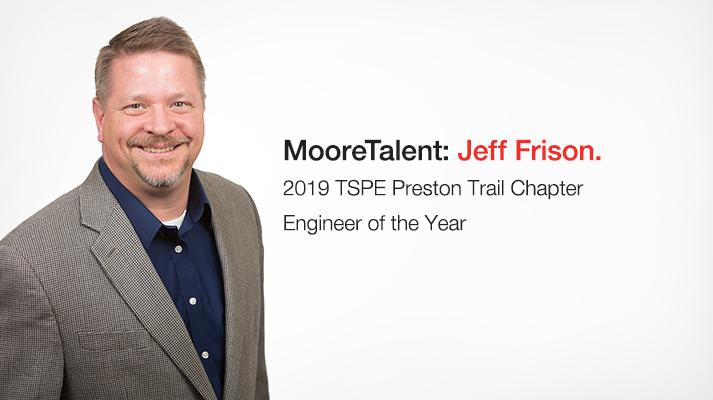 Principal and Senior Engineer, Jeff Frison, has been selected as the 2019 TSPE Preston Trail Engineer of the Year. Frison joined the industry in 1995 and operates out of Walter P Moore’s Dallas office. Licensed in Texas and Oklahoma, Jeff focuses primarily on municipal infrastructure design. Recent accomplishments include earning Envision (ENV-SP) and Greenroads (STP) certifications in sustainable infrastructure design.

Jeff has been an active member of the Texas Society of Professional Engineers (TSPE) for almost 13 years. During this time, he held many leadership positions within the Preston Trail Chapter, including President. For the past three years, he served first as State Director and is currently lending expertise as the TSPE Region V Vice President. Being able to serve in these positions has further introduced him to the value of TSPE/NSPE and to engineers across the state. In 2017-18, as a representative of Walter P Moore, Jeff also participated in the Professional Engineers Leadership Institute (PELI) Class 7. 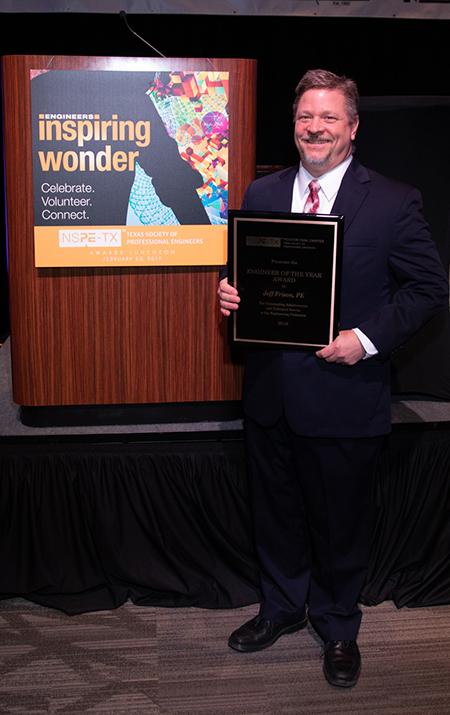 Moore About Jeff
Born and raised near Fargo, North Dakota, Jeff began his adult life by serving six years in the U.S. Navy. Following completion of Nuclear Power School and Electricians Mate schools, he worked in the nuclear power plants aboard the aircraft carrier USS Carl Vinson. His responsibilities included electricity generation for reactor operations and all shipboard electrical needs. The Navy took him to countries along the western Pacific and Indian Oceans. Following his enlistment, he returned to Fargo and earned a Bachelor of Science degree in Civil Engineering from North Dakota State University.

Outside of the office, Jeff enjoys volunteering at St. Michael the Archangel Catholic Church in McKinney. In 2011, he co-led the church-wide fall festival to raise money and bring members together in a social setting. Additionally, he served as Grand Knight from 2013-15 for Council 9903 of the Knights of Columbus, an organization focused on charity, unity, and fraternity.