One Park, Many Functions

One Park, Many Functions 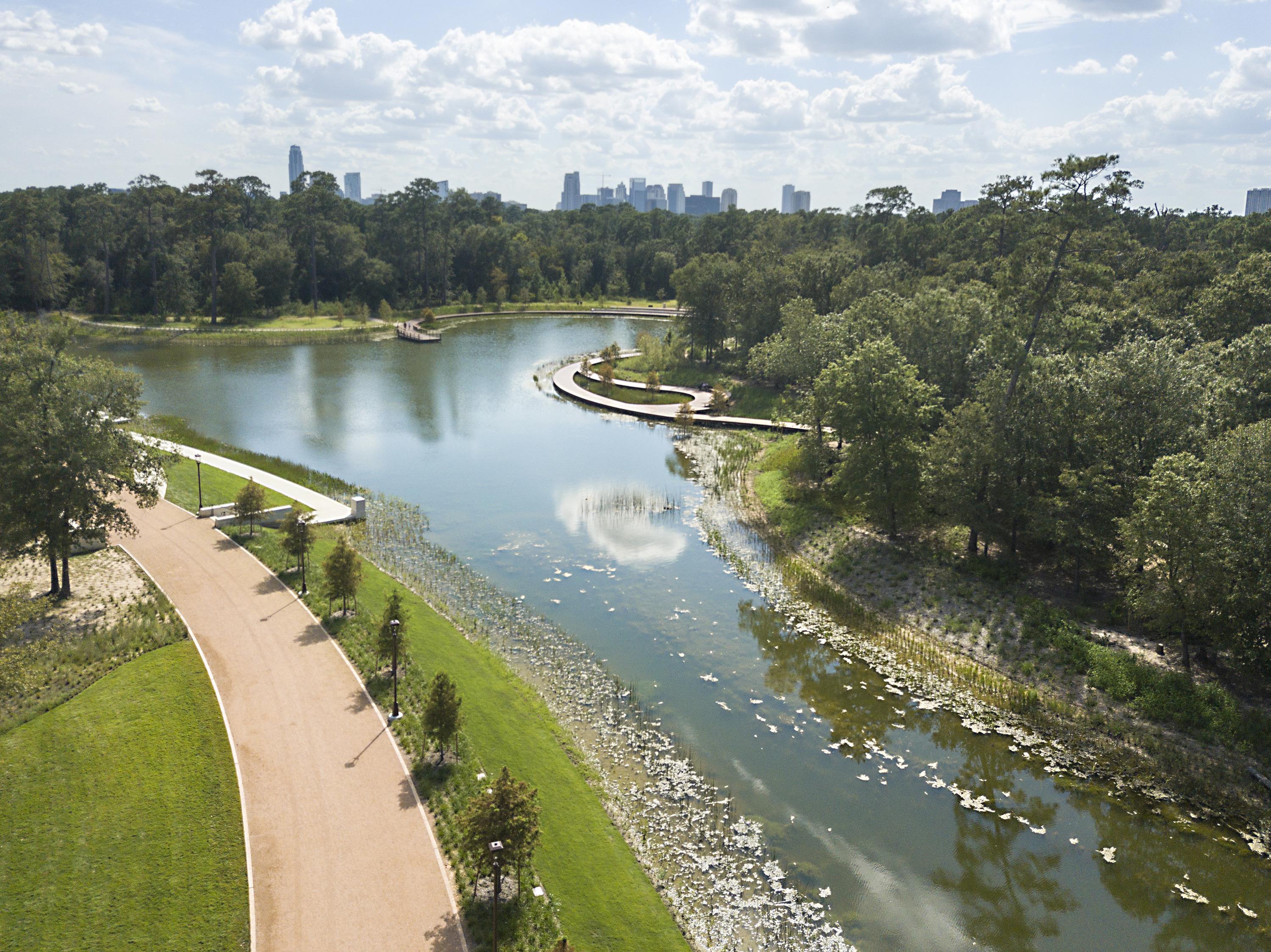 The Eastern Glades project in Houston, Texas has added a new artificial lake and other amenities to the city’s Memorial Park. As a highlight of the park’s 10-year master plan, the multifunction Hines Lake provides the local community with stormwater treatment, flood control protection, aquatic wildlife habitats, recreational facilities, and other benefits.

At roughly 1,500 acres, Memorial Park measures nearly twice as large as New York City’s Central Park. Once the home of a World War I training camp, the space officially became a city park in 1924, dedicated to the memory of the soldiers killed in that conflict. Expanding in size and amenities over the decades, the park grew to include a golf course during the 1930s and an arboretum in the 1960s. Today, it features approximately 30 mi of hiking, biking, and walking trails, picnic areas, sports facilities, and other attractions. Roughly 4 million visitors use the park each year.

The park is approximately 4 mi west of downtown Houston, north of the Buffalo Bayou. Memorial Drive, a major highway for the city, cuts through the park from east to west, and a large section of the green space is bounded by segments of Memorial Loop Drive. Eastern Glades was constructed within that loop, portions of which were relocated as part of the current project to create a contiguous landscape and remove road crossings that posed hazards to wildlife. Materials from sections of demolished roadways were reused on other projects within the park. 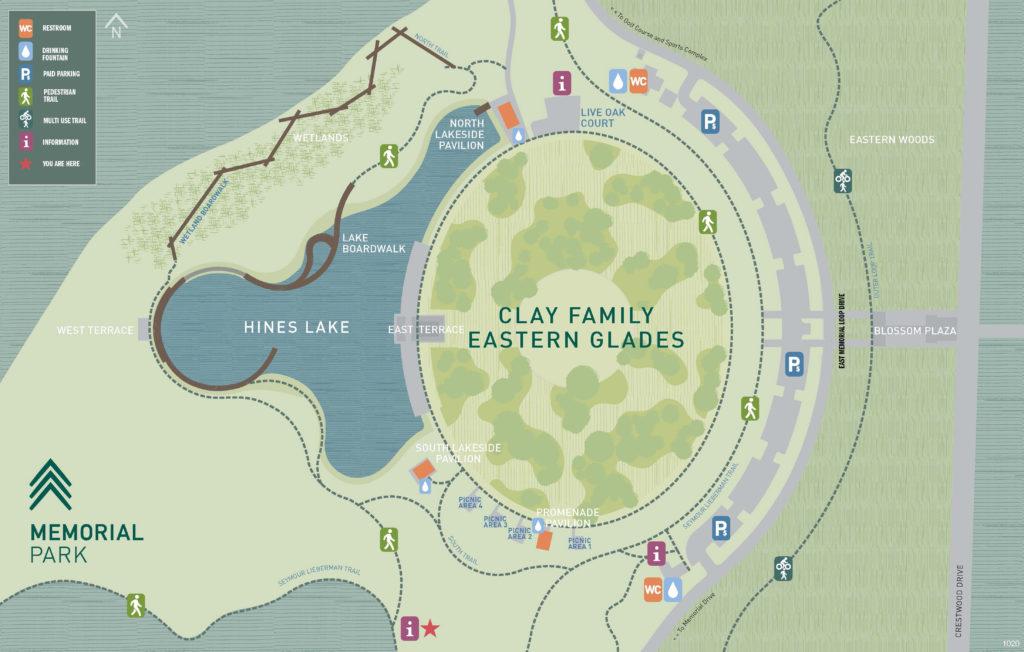 The first phase of the Eastern Glades project essentially helped prepare the site for the more significant work of the second phase, says Penland. The first phase involved improvements to key infrastructure elements, including the park’s roads, parking lots, and the drainage systems that would eventually help feed Hines Lake, which was planned as the centerpiece of the second phase.

The area on which the Eastern Glades project was constructed encompasses roughly 100 acres of land that previously had been underutilized — wooded, with some swales to collect stormwater runoff from the rest of the park but otherwise a largely unused, practically inaccessible space, notes Christina Hughes, P.E., M.ASCE, a water resources engineer in Walter P Moore’s Houston office.

Constructed along an east-west axis, Eastern Glades features a 5.5-acre oval-shaped central lawn at its eastern edge flanked by Hines Lake to the west. Native plants line the lake, providing forage for dozens of local bird species. Rainwater and runoff from the nearby parking lots feed the lake, and the surrounding bioswales are designed to remove contaminants and sediment from the water. The system’s plants and soil work to divert and slow the rate of runoff that ultimately flows into the lake and then from the lake into a ravine at the golf course, which is then discharged into a tributary of Buffalo Bayou and then out to the bayou itself, explains Hughes.

Eastern Glades includes 1.5 acres of wetlands — critical “to holding and directing the 50 inches of rain that falls per year on average in the city,” according to the conservancy. There are also 4.5 acres of native savanna, sections of prairie habitats, and an upland forest region. More than 2 mi of new trails and promenades provide access around the site, with sections of elevated timber boardwalks, piers, and bridges. These are founded on timber piles and concrete footings imbedded in the underlying soil and cross or extend over portions of the lake and wetlands.