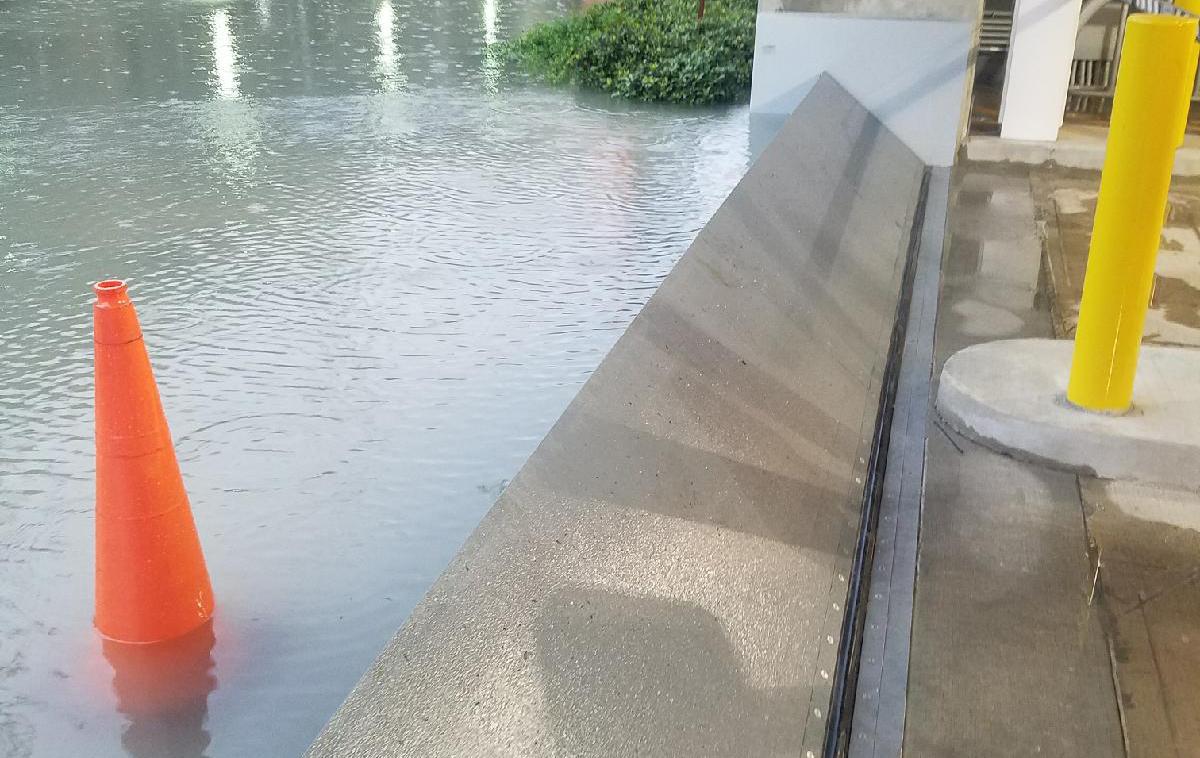 A flood mitigation system designed to protect the 3000 Post Oak office building following Houston's historic Memorial Day Flood of 2015 proved successful when the property was deluged once again almost a year later in the infamous Tax Day Flood of 2016. This second flood prompted the need to also design a protection system for the parking garage. This system employed passive floodgates, backflow preventers, and structural walls. The benefit of the passive approach is that it does not require an operator to engage the system before, during, or after an event (where building access can be virtually impossible during extreme conditions such as Hurricane Harvey).

These passive flood control measures ultimately protected both the office building and the parking garage, faring far better than the majority of the surrounding properties. 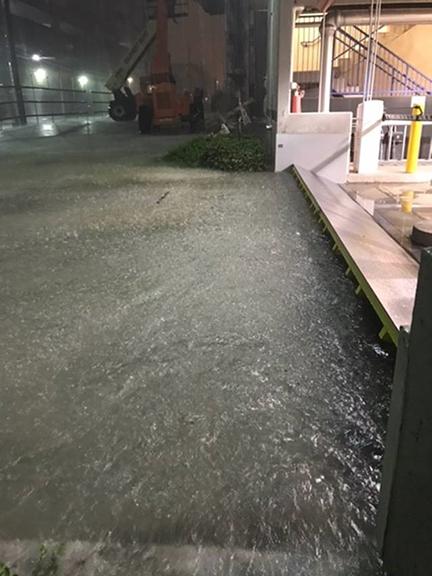 Dirk Kestner explores the progression of protective measures implemented that held strong during perhaps the most destructive storm the Bayou City has ever experienced.

In August 2017, Hurricane Harvey set records in every category unloading 33 trillion gallons of rain, devastating many areas along Texas' Gulf Coast. In Harris County alone, 1 trillion gallons of water fell over the course of four days shutting down businesses, flooding neighborhoods, and displacing thousands of families. While many property managers nervously watched the waters invade downtown Houston and the Galleria, the managers of 3000 Post Oak property remained unaffected by the increasing flood waters due to foresight and previous mitigation measures in place.

Our 2017 Stewardship Report detailed flood mitigation techniques that were installed at 3000 Post Oak, a 19-story commercial office building that houses the oil, gas, and chemical global operations of a worldwide engineering firm. After experiencing damage as a result of Houston’s 2015 Memorial Day Flood, flood protection measures for the building were installed, tested, and proven during the historic 2016 Tax Day Flood.

The initial protection measures, which passed the test during the Tax Day floods despite incomplete construction at the time, were designed to protect the building. However, the flood event demonstrated the importance of protecting the adjacent garage as well. While garages are made of concrete, a durable material that can withstand exposure to water, they still serve an essential role to enabling a buildings occupancy and house expensive operating systems. Adding flood protection measures to a garage not only protects vehicles that may be in the garage, perhaps below grade during the event, but also elevators and other vertical transportation as well as standby generators and other MEP systems that are frequently located in parking garages.

Based on the success of the building protection measures, the owner engaged Walter P Moore to design a protection system for the garage. This system employed passive floodgates, backflow preventers, and structural walls. The benefit of the passive approach is that it does not require an operator to engage the system before, during, or after an event. This was essential during Harvey because many roads were closed due to flash flooding, and it would have been dangerous — and potentially illegal — for the property manager to navigate their way to the building and manually activate a floodgate.

Once again the project timing appeared to be divinely influenced. Construction was originally scheduled to be completed in mid-September 2017. However, due to constant communication and coordination between the design, construction, and ownership teams, construction finished three weeks early. The project punch list walk occurred on August 22. Four days later, Hurricane Harvey brought unmatched precipitation to Houston. The flood protection measures were matched up against unforeseen odds and both the building and the new garage protection systems passed proved victorious.