Ray Messer Inducted into the National Academy of Construction

Ray Messer Inducted into the National Academy of Construction 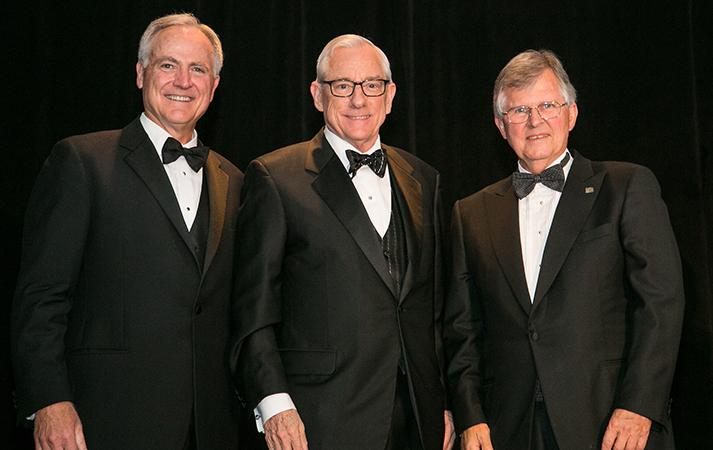 Congratulations to Ray Messer on yet another outstanding achievement!

Press Release from the National Academy of Construction:

San Diego, CA — The National Academy of Construction has elected Ray Messer, the retired CEO, president, and chairman of the board of Walter P Moore in Houston, TX, as a member of its 2018 class. He was inducted October 11 at the Academy’s Annual Meeting, which was held at the US Grant Hotel. The 2018 class includes 37 new inductees. More than 300 leaders were considered for NAC’s rigorous nomination and election process.

During the formal induction, Messer was noted as "a widely recognized leader for design/build procedures and structural engineering standards while being active in many industry professional organizations."

“This new class of Academy members has been selected based on outstanding contributions to the design and construction industry over a career,” said Wayne Crew, General Secretary of NAC. “Their collective achievements bring added leadership, experience, and expertise to the academy.”

Messer began his career in the early 1970s and joined WPM in 1981. He became president and CEO in 1993 and greatly expanded the company in size, accomplishment, and success to its present day reputation as one of the nation’s most highly respected structural engineering firms. He led the company to new ventures in structural diagnostics, transportation engineering, traffic engineering, and parking consulting, growing the company to 15 U.S. offices, two international offices, and more than 500 employees. Messer extended his leadership skills to the engineering profession and to his community. He has been active in the American Council of Engineering Companies (ACEC), the Council of American Structural Engineers (CASE), and the Design-Build Institute of America, among many endeavors. He has been honored many times, most recently by ACEC with its Chairman Emeritus Award in 2017.

Election to the National Academy of Construction is a high professional honor for engineers and constructors and is conferred with care on those few, most qualified.