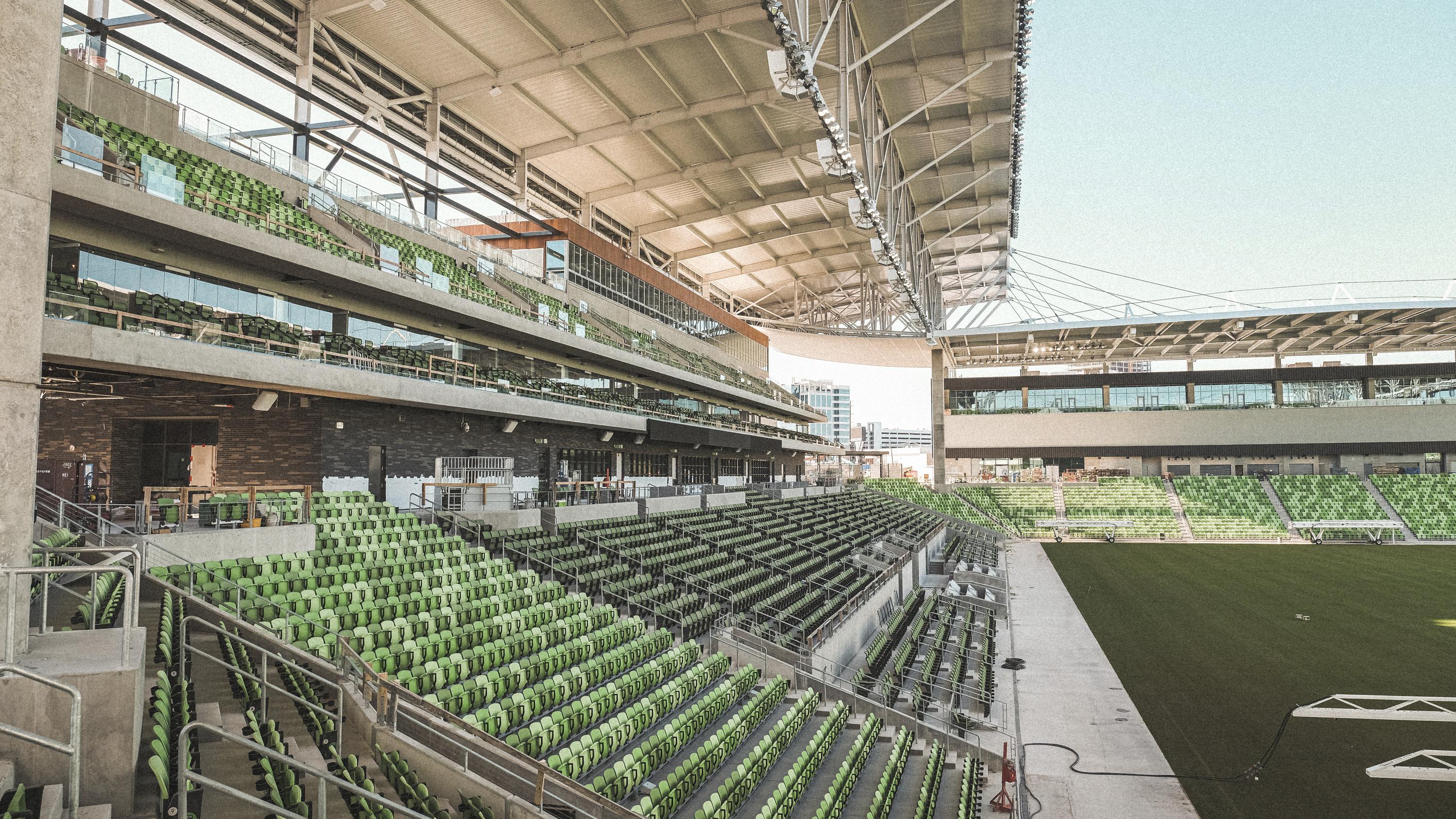 When 11 soccer players on a pitch perform flawlessly, they work in harmony to (hopefully) score at least one goal.

By the same token, when building a state-of-the-art soccer stadium, all members of the building team must work in concert to achieve many goals.

Construction of Austin’s Q2 Stadium commenced in September 2019. The goal was to finish the new home of Austin FC, the city’s Major League Soccer (MLS) team, in time for its inaugural season home opener on June 19, 2021—one of the most aggressive design and construction schedules ever for an MLS stadium in the U.S. Fortunately for the building team and the stadium’s owner, accurate scheduling and a pattern of consistently meeting construction deadlines allowed the stadium to host a soft opening for an exhibition match between the U.S. Women’s National Team and Nigeria on June 16, three days before the home team’s opening match.

The new stadium can host up to 20,500 fans for a match and features the secondlargest roof for an MLS stadium, at 198,000 sq. ft. The steel-framed roof canopy enclosure features a combination of customized curved metal panel systems on the bullnose, soffit, and edges, and single-ply roofing on the top side at the north and south end to provide protection for the stage area when the venue is used for concerts. At the high roof, a curved Epic Metals deck system was used with no roofing to act as a rain screen.

The steel roof is a cable-supported structure—a first for an MLS stadium—held aloft by four 100-ft-tall columns. The cable system is positioned at the north and south ends of the stadium to reduce structural tonnage and achieve the floating corners. Additionally, the orientation of the stadium is designed to pull in breezes from open corners, which helps keep the lower bowl cooler for the fans and players.