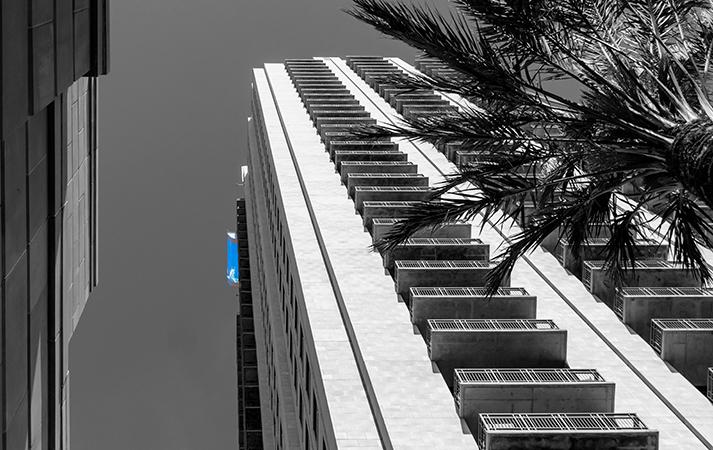 It’s the story of the pool that’s gone viral… but in a good (if not slightly unnerving) way.

Designed by Walter P Moore, Market Square Tower is a recently completed high-rise apartment tower in downtown Houston, Texas that is crowned by a rather unconventional aquatic feature. Part of the penthouse-level amenity deck on the 40th floor, the Sky Pool is an infinity-edged pool that challenges swimmers to venture 10 feet beyond the building's edge atop a transparent acrylic overhang through which they can view the downtown streets 500 feet below. The tallest residential high-rise in downtown Houston, Market Square Tower has also earned the distinction of having "the tallest clear, cantilevered pool in the United States" and the first such in Texas.

Since the posting of the now-famous video, the Sky Pool has captured widespread media coverage for its impressive engineering and is attracting the attentions of risk-takers worldwide, even though it is for residents only. It has been featured on broadcast media (both ABC and NBC news affiliates, including NBC News’ TODAY show), in online media (including Architectural Digest, Travel + Leisure, Cosmopolitan, and the UK’s Daily Mail), and has received more than 55 million views and shares on social media. 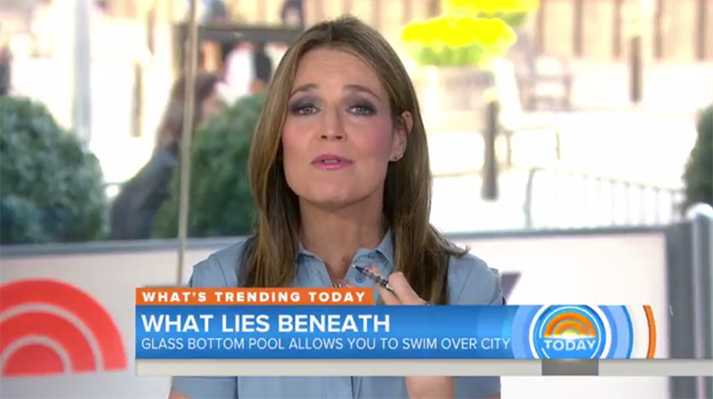 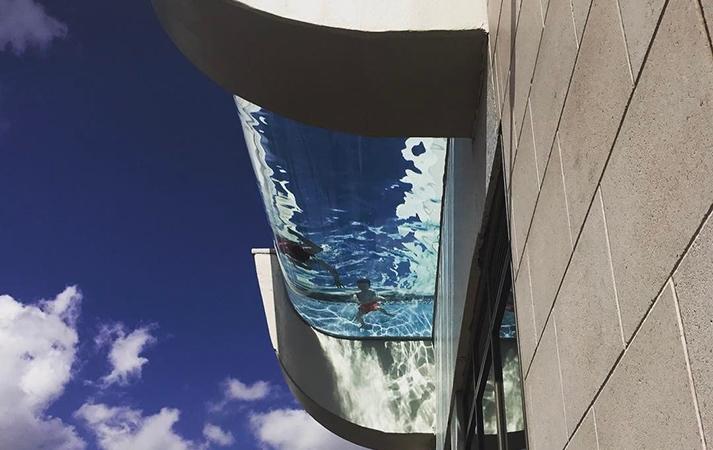 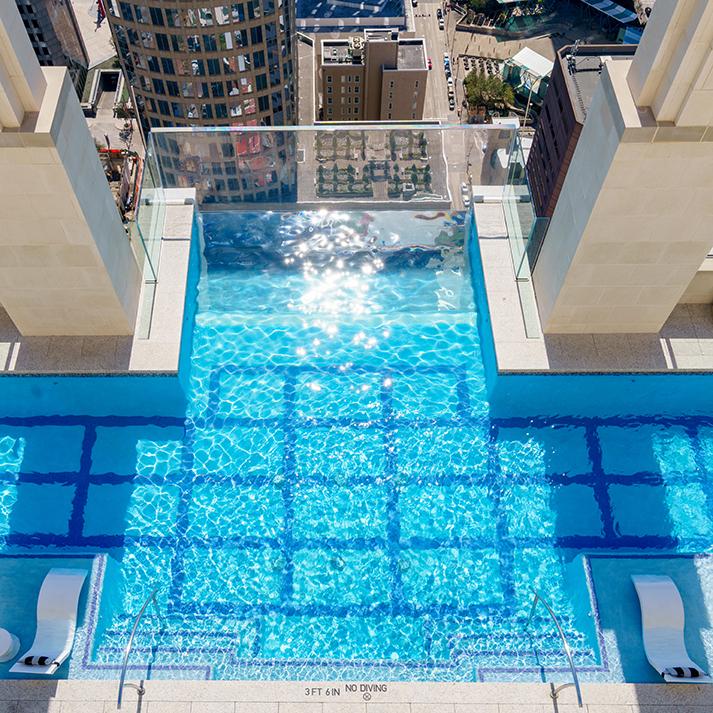 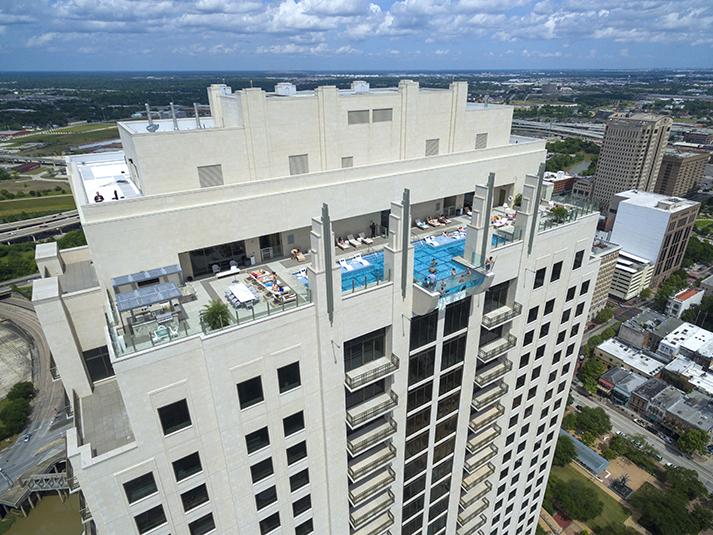 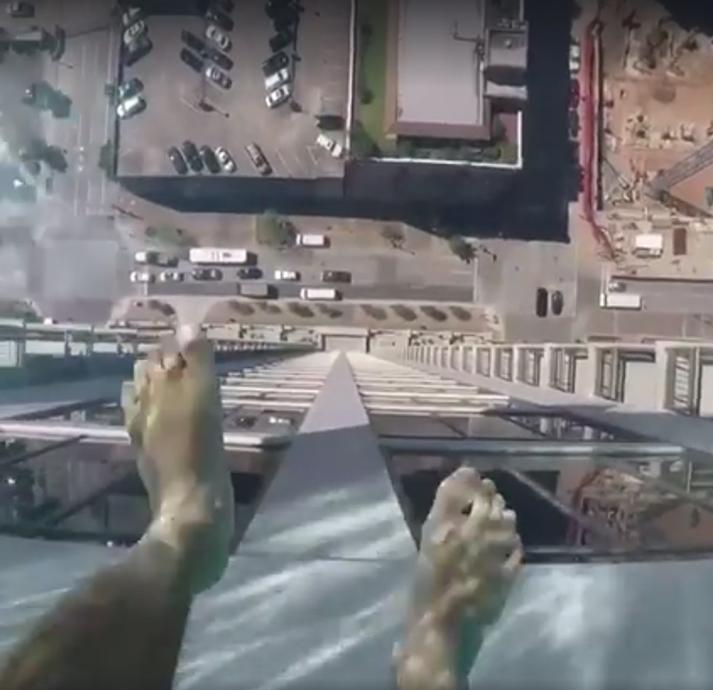 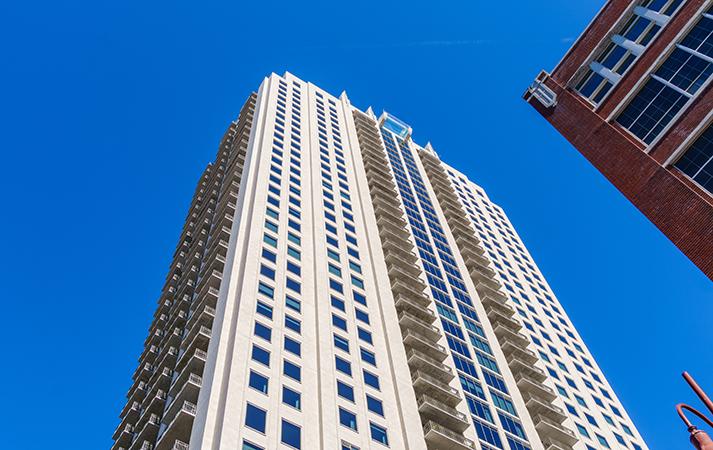