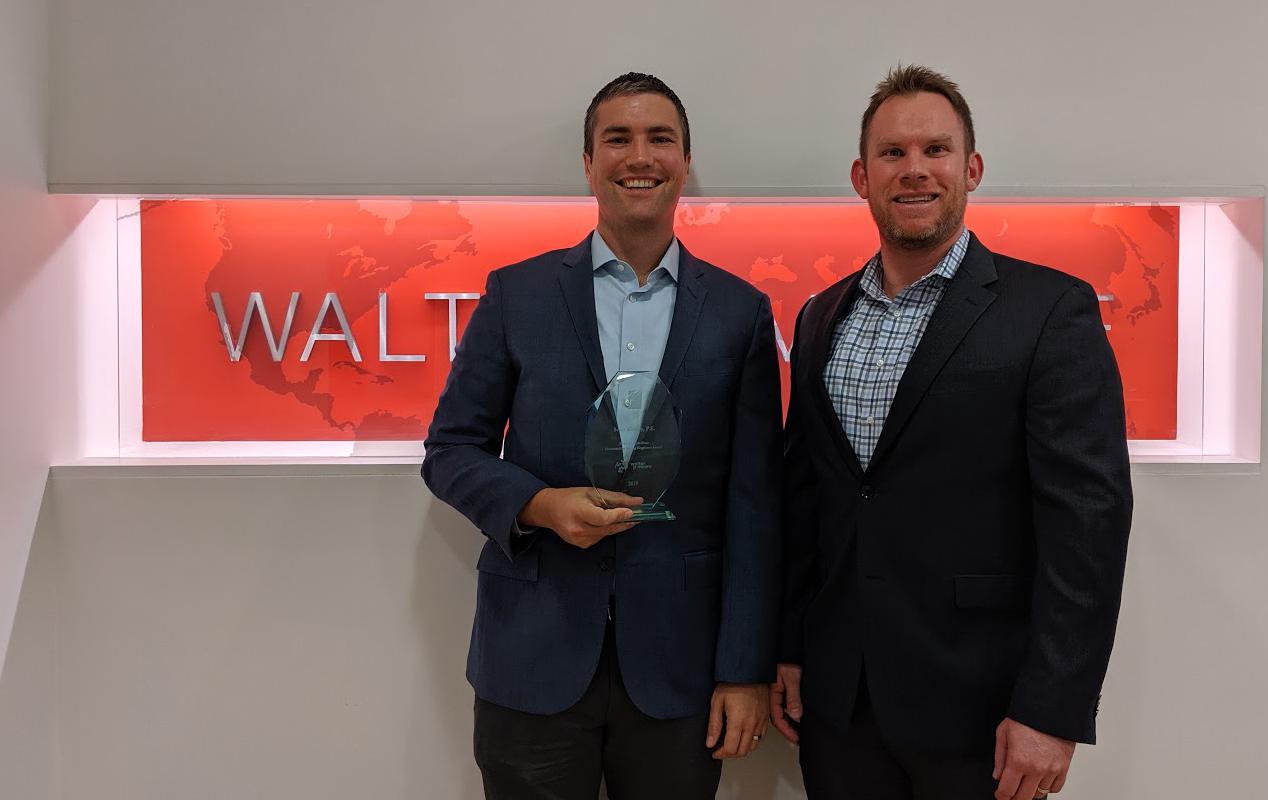 Above: Scott Kinney and Matt Nebel

The Horvilleur Award is presented annually to one young professional at the firm who has best exemplified excellence in technical design, client service, and business acumen. The award is named for and is in appreciative memory of Javier F. Horvilleur, P.E. (1954-2002), who was an inspirational leader-engineer at the firm for over two decades.

“Scott is the kind of guy you want on your team every time for any situation. You know he’ll outperform any high expectations you have and he’ll be an extremely positive influence for everyone else, fostering collaborative teamwork and team success.”

Born and raised in Newtown, Pennsylvania, Scott earned his Master of Science in Civil Engineering at Penn State in 2013. He is the 17th recipient of the esteemed Horvilleur Award.

Fun fact about Scott: Scott is a twin and has a frisbee-playing border collie named Echo.