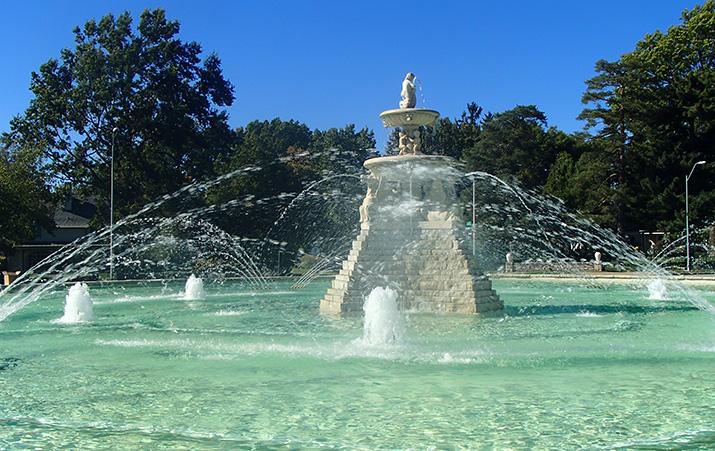 The City of Fountains had sprung a leak. Meyer Circle Sea Horse Fountain, an iconic landmark in Kansas City, MO, had been leaking for years. A slow and growing nuisance, until it escalated to flood-like proportions invading the underground space below, cascading into the vault, and destroying all of the mechanics that help the fountain function in glorious beauty.

“A lot of fountains leak but no one really knows about it,” explains Walter P Moore (WPM) Diagnostics expert David T. Ford. “It’s just that this one began leaking money.” The fountain was perpetually leaking and unable to recycle or hold water. Therefore the city was paying for more water than it should have been.

Thus they issued an RFQ (request for qualifications) which Ford and his team responded to and were chosen as a prime consultant. They partnered with additional consultants; among them: Custom Engineering and Hydro-Dramatics. 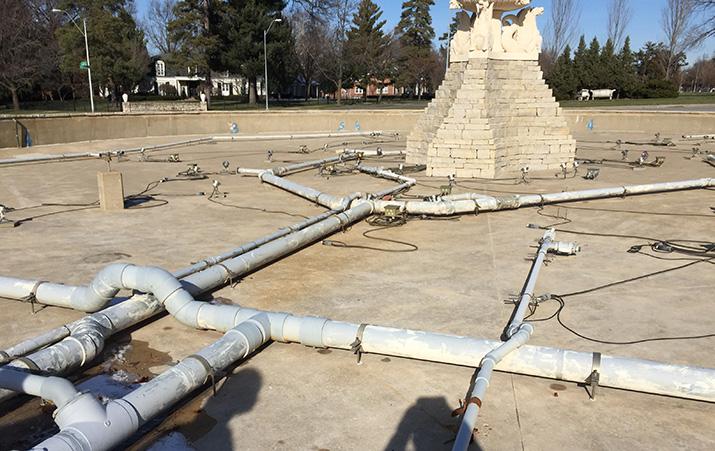 A focal point of Kansas City and deeply loved by residents, the Sea Horse fountain has stood in statuesque splendor since 1925. The statuary portion of the fountain alone weighs 16,000 pounds and dates back to the 1700s where it stood for 300 years in a Venetian square according to Kansas City Parks and Recreation.

The pool surrounding the figures is 80 feet in diameter and holds approximately 100,000 gallons of water when full. A combination of lower and upper jets make for a dazzling water display. 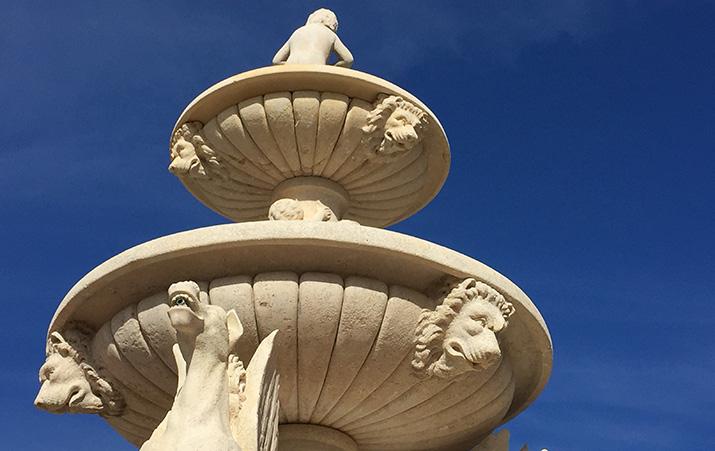 “The city really didn’t know how to stop the leak so that was priority number one,” explains Ford. “Our team provided an in-depth condition assessment for how to stop the leak, and how to prevent future leaks from occurring.” The WPM team performed a condition assessment to investigate the structural integrity of fountain’s slab, foundations, walls, sculpture supports, and limestone masonry capstone. Their investigation included concrete materials testing to determine the performance characteristics of the concrete as well as exploratory openings to further evaluate the existing conditions of the structural elements. The WPM consultant team also reviewed the MEP, lighting, and fountain instrumentation systems in significant detail.

“In addition, our assessment focused on evaluating the fountain’s waterproofing system to determine potential deficiencies contributing to the excessive leaking,” adds Ford. The sources and mechanisms attributable to the excessive water leaks within the fountain were identified and corresponding remedial recommendations provided to the owner. 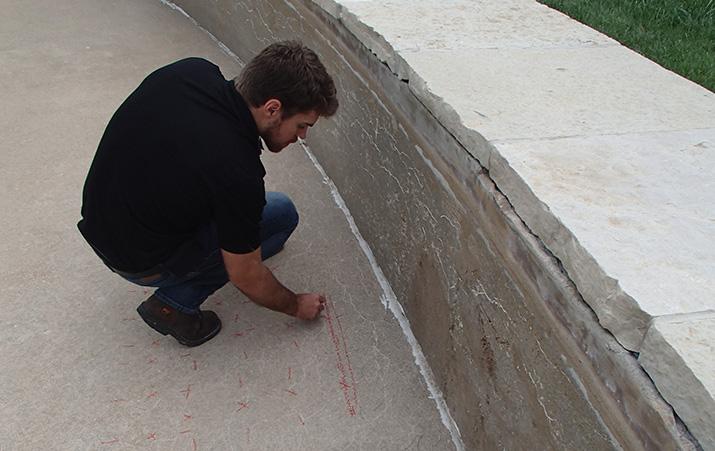 Restoration documents and repair drawings were subsequently developed, and detailed construction administration services provided to ensure proper repair implementation once the construction began. “Restoration plays a huge role in this fountain’s story. In essence, the fountain had to be rebuilt while maintaining its historic significance,” says Ford. Prior to this undertaking, the fountain basin and walls were not waterproofed. The WPM team ensured that the joints separating the slab to the walls of the fountain were now sealed, and a coating liking to that of a swimming pool was added. “The coating ensures that any penetrations are covered and greatly decreases the likelihood of future leaks,” Ford explains.

The Meyer Circle Fountain Renovation was completed and rededicated in October 2017 and is now recirculating water and providing viewing pleasure to thousands of residents. (Of course like many other fountains, it will be shut off during the winter months to prevent damage caused by freezing temperatures.) While there may be other fountains in the future in need of Ford’s heroic rescue, this Sea Horse is ready to splash away for years to come. 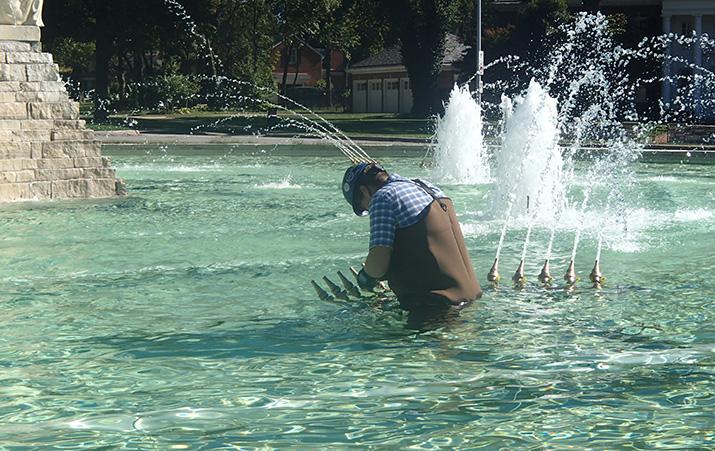