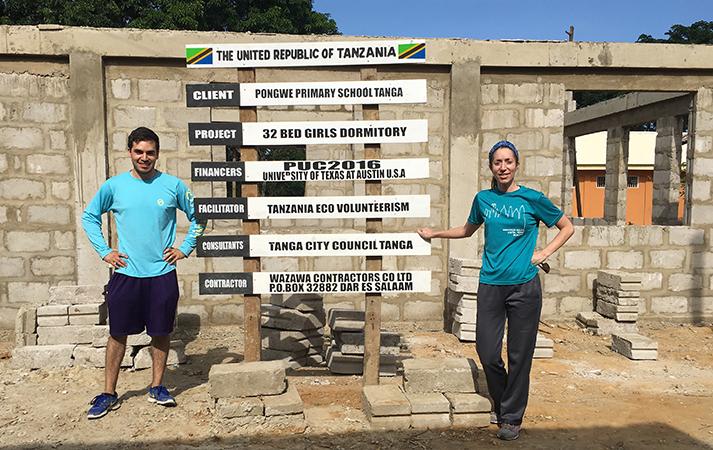 Two stars from Walter P Moore’s Austin office — Kate Tomlinson (structural engineer and project manager) and Xoab Perez (structural intern) — have just returned from a two-week service project in Tanzania, where they helped construct a girls’ dormitory for the Pongwe Primary School. Xoab is part of a class called Projects with Underserved Communities, or PUC, which is an interdisciplinary engineering and social work program unique to the University of Texas at Austin. As the group’s technical advisor, Kate led the PUC group, which arrived in Tanzania on May 25th (after a lot of travel time, she said). The team departed June 10th after a meeting with the U.S. Embassy in Dar Es Salaam.

About PUC
The fall semester of the class focuses on identifying the needs of the community and project selection, while the second semester is spent on the technical design aspect and planning for travel in the summer. Through a project-based curriculum, students collaborate in groups to learn hands-on about technical design and project management, as well as cross-cultural communication and sensitivity. The students were able to raise more than $30,000 for the project, which involves both an engineering component and a social program.

The Project: Pongwe Primary School
Located in the Tanga region of Tanzania, the Pongwe Primary School serves 900 children, 70 of which are visually-impaired, with and without albinism. Children from all over live at Pongwe for the duration of their school year because it is the only school within 1000 km (621 miles) to accept disabled children. 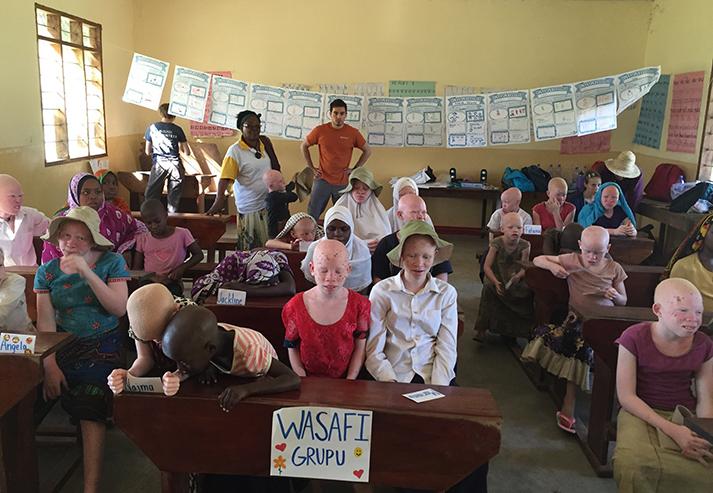 Education is a key component of the government of Tanzania’s development agenda, yet most Tanzanians only have 5 years of schooling or less. While about 80% of primary school-aged children attend school, the enrollment rate for lower secondary education has dropped to 30.8% and then to 1.9% for upper secondary school. Enrolling a higher number of students by providing schools with new facilities will increase the number of children likely to continue their education. 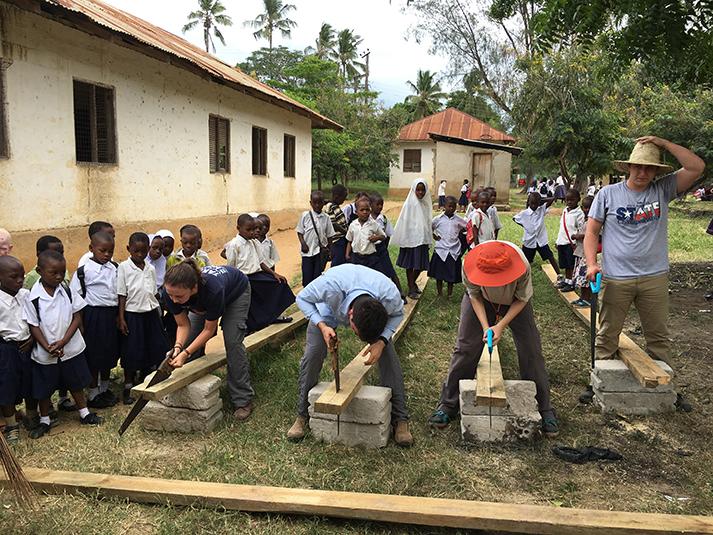 The Pongwe Primary School had been unable to enroll any more visually impaired girls because they did not have the boarding capacity — that’s where the PUC team came in. The construction of the new dormitory nearly doubled the capacity to house these amazing students, allowing the enrollment of twice as many visually impaired girls. The aim of the social project was to develop a curriculum that addressed the bullying issue by building community, empowering girls, and strengthening the skills identified by evidence-based practices when working with children with visual impairments.

“In spite of the language barrier, we have bridged two worlds through music; and so of course, we taught them the Macarena. Many of you might remember from middle school dances that the Macarena was that one song that brought everyone together to the dance floor and got them to sing a bit of Spanish. Turns out that this Latin song indeed has its roots in Africa, not sure exactly what it is about its rhythm but the kids are into it! Also, we were told that the word ‘Macarena’ means something like clapping or doing the patty cake, and if you have ever seen anyone do the Macarena, that’s what the dance looks like — an elaborate patty cake. So, from Austin to Tanga, we accomplished our first goal of building community (or at least being a part of theirs for this period of time).” — Sara Tiscareno 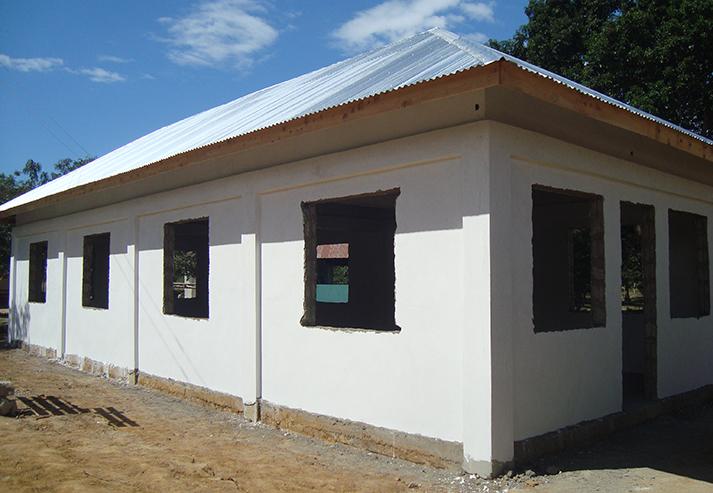 “Regarding the dorm, a different kind of work but just as important, things are going well! With much sawing and hammering (no power tools for these kinds of things), we were able to finish half the trusses! Even though it was some really strenuous activity, and despite the language barrier, we actually had a lot of fun working with each other and with the contractors! It was really neat how we were able to not only find other ways to communicate with them for the work, but also make each other laugh and enjoy each other’s company. We hope to put up the roof in the next couple days and then we’re almost there!” — Xoab Perez

“The dormitory project is still on track to be completed by June 16, which is good news, although we won’t be able to see the finished product before leaving (until we come back in the future, of course!). Today they hoisted all of the roof trusses into place on top of the building, which was really interesting to watch. They were able to lift them into place using a combination of strength and simple machines, making it look so easy to lift a wooden truss 10 feet into the air. The contractors are all very friendly and while they only speak Kiswahili, they love trying to talk to us in a combination of Kiswahili-English and explaining what they are doing. It’s been a lot of fun working with them, and we will miss them once we are gone!” — Arlene Ellwood 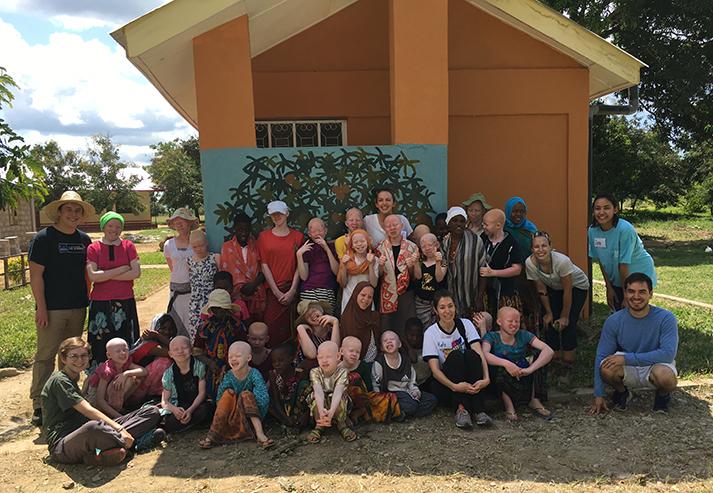 Walter P Moore was proud to support Kate and Xoab in their endeavors to make a positive impact on this community.

To read more about the PUC team’s journey, see the blog here.