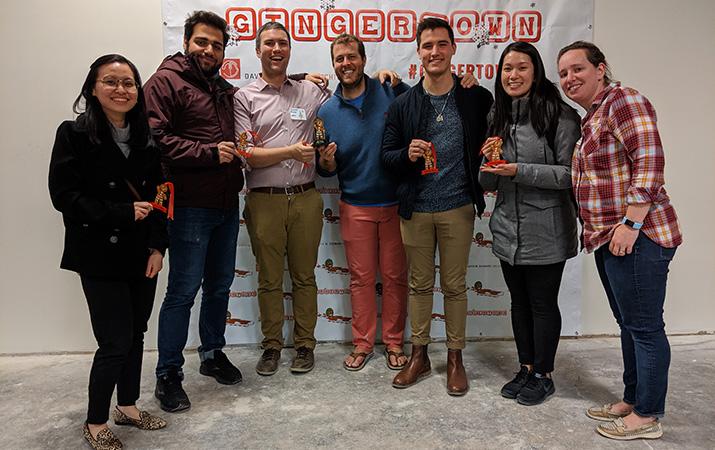 Since 2011, Walter P Moore team members in the Washington, D.C. office have been pushing their creativity and utilizing their ingenuity to create some sweet structures—comprised primarily of gingerbread.

Gingertown, a local building competition created by David M. Schwarz Architects, invites experts from building design and construction industry to compete in a themed competition resulting in masterful displays. Following judging, the hand-crafted structures are put on display at local hospitals, health care facilities, and community support organizations to help spread joy and hope during the holidays (no tasting allowed). Additionally, all proceeds from the event are donated to area charities. 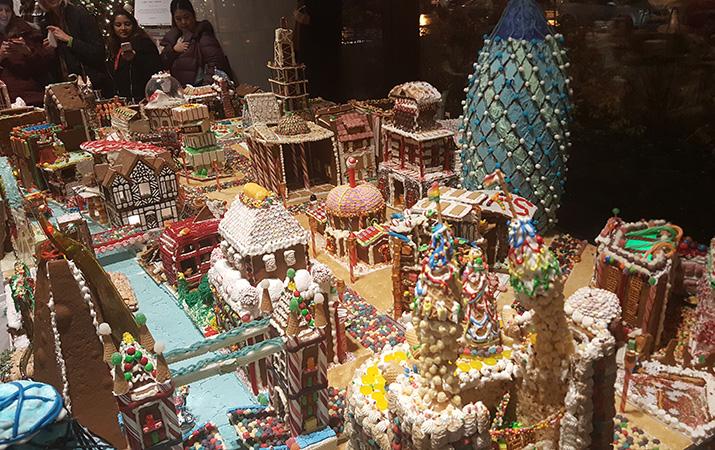 Teams only have a three-hour window to bring their scrumptious visions to life, but the preparation starts long before. Once the Gingertown Mayor lays out the site and comes up with a theme, the elve-gineers select their site and begin planning their method of sugar-coated construction.

A huge portion of any project is selecting the appropriate materials to achieve the client’s vision. “We always have several design charettes to work on massing and material/candy selection,” says Tom Yost, a seasoned Ginger-neer. “Each year we try something new. A few years ago we made an ice skating rink out of sugar and this year, we created basilica domes from Rice Krispie treats.”

While planning is imperative, the team has to be prepared and ready to adapt. When dealing with edible materials, one never knows when something may not arrive on site. “Once you start planning, you look at candy aisles in a completely different light,” adds Beth Bryan, Visual Director. “Gum becomes shingles, Kit Kats become pews, and chocolate bunnies become horses or reindeer.” 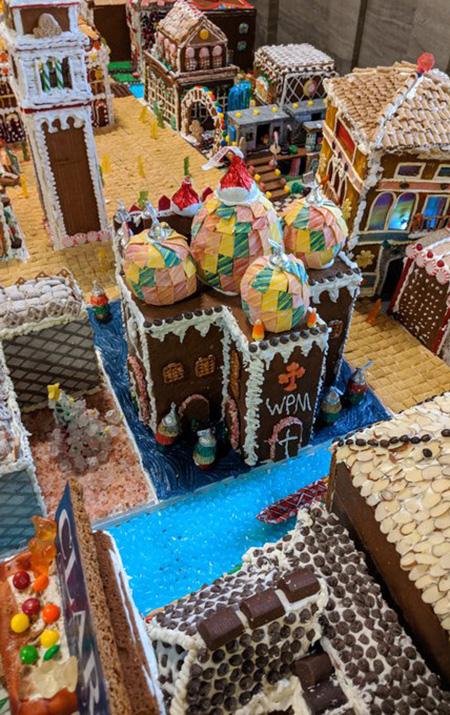 Creativity, structural stability, and attention to detail are weighing factors when Gingertown judges are faced with making difficult selections. “This year’s theme was Venice and we chose St. Mars Basilica (St. Marks). Coincidentally, news articles came out as we were planning which mentioned the flooding of the church,” shares Yost. “We addressed global warming concerns by showing what the flooded basilica looks like with Santa paddling a gondola through the front door.”

The key ingredient to an award-winning confection, however, is comprising a team of experts that can collectively combine their talents and imagination. “It’s always an exciting scramble at the end before our time is up, so seeing people jump in and come up with a clever detail is great,” says Yost. The Walter P Moore team was awarded 2019 Best Overall Design Quality for their work on St. Mars Basilica. 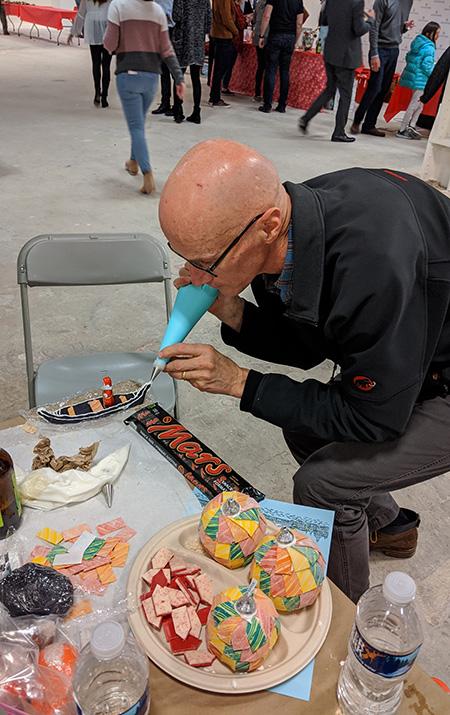