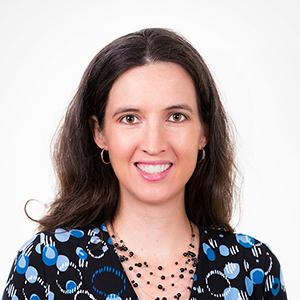 HOUSTON, TX — Walter P Moore honors Erin Kueht, P.E. as the 12th recipient of the firm’s esteemed Horvilleur Award, which is presented annually to one young structural engineer at the firm who has best exemplified excellence in technical design, client service, and business acumen. The award is named and is in appreciative memory of Javier F. Horvilleur, P.E. (1954-2002), who was an inspirational leader-engineer at Walter P Moore for over two decades.

A senior associate and structural project manager, Erin is recognized for her “outstanding ability to manage complex projects while keeping clients very happy,” as colleague Bart Miller cited in his nomination of her. The nomination also highlighted her technical excellence, her commitment to and leadership of the ACE mentoring program, and her overall positive influence throughout the Houston structural group.

Erin joined Walter P Moore in June 2007 after earning her Masters of Science in Civil Engineering at Texas A&M University. Most recently, she has been serving in a key project management role on the ongoing Kyle Field Reconstruction project, just the latest in a series of major projects for which she has made substantial contributions.