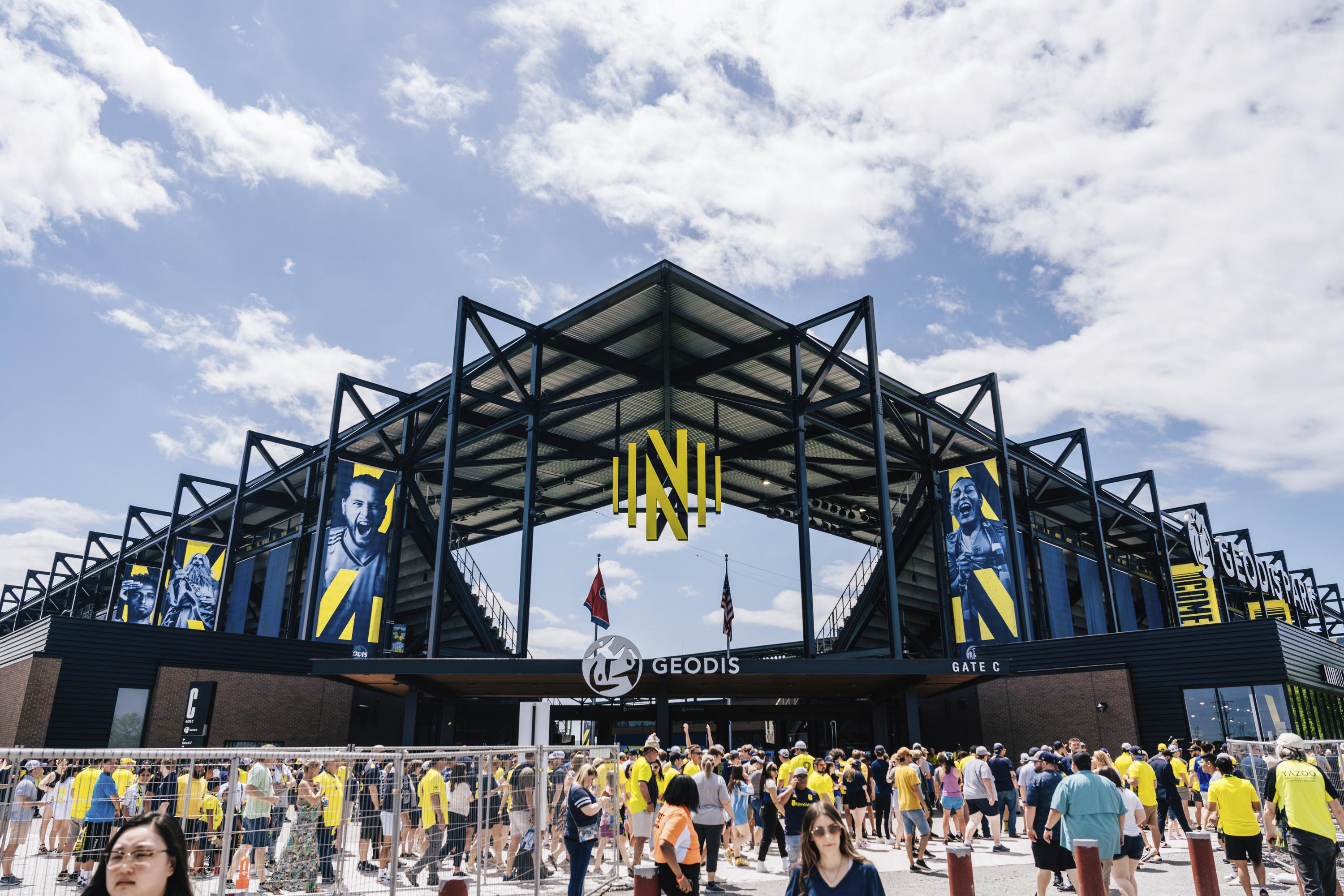 GEODIS Park in Nashville has opened as the largest soccer-specific stadium in North America.

GEODIS Park, the largest soccer-specific stadium in the United States and Canada, debuted on May 1 in Nashville, Tennessee. The 1-1 draw between Nashville SC and Philadelphia Union was played out in front of a sell-out crowd of 30,109.

Built in the heart of Nashville’s Wedgewood-Houston neighbourhood at the historic Nashville Fairgrounds, the $335 million Populous/Hastings designed GEODIS Park is set to
become one of the premier sports and entertainment destinations in the United States.

The new venue is highly multi-functional, serving as the home for Major League Soccer’s Nashville SC, with the versatility to accommodate other premier events.

The seating capacity of just over 30,000 for soccer allows the MLS to have a destination stadium in one of the nation’s most vibrant cities with the ability to host larger events and matches.

The stadium design focused on encompassing the true spirit of Nashville in its aesthetic, materials, and function.

The steel, wood, and brick materials used in its construction are meant to suggest the industrial origins of WeHo.

While the facility is state-of-the-art, it also blends seamlessly within the historic architecture of the area and meshes with the fabric of the city and surrounding neighbourhoods. Justin Barton, Principal, Walter P Moore, who served as overall structural engineer of record for the project, told PS&AM: “From the beginning the owner wanted something that was ‘uniquely Nashville’ and that was a phrase that the design team really latched on to.

When you turn on a game and you see GEODIS Park, you know you're in Nashville. It’s a building that fits into the neighbourhood. Going around Nashville, it's a city that is really focused on materials. You see a lot of exposed steel, a lot of brick and a lot of wood.

All three of those materials played a prominent role in the design of the stadium itself. As we were going through the design it became apparent early that it was going to be a predominantly exposed structure with a lot of steel. That then started to drive some decisions in that the exposed steel structure really became the architecture of the building.

Barton said that the Walter P Moore team was responsible for all the connection design and modelling, giving them control over how the finished venue looked.

“That's exciting for us because a lot of the time the structure gets covered up by walls, but here the structure became the prominent architectural feature.”

Full article was published in the Q2 2022 issue of PanStadia & Arena Management.