Infrastructure Insights From Our CEO

Infrastructure Insights From Our CEO 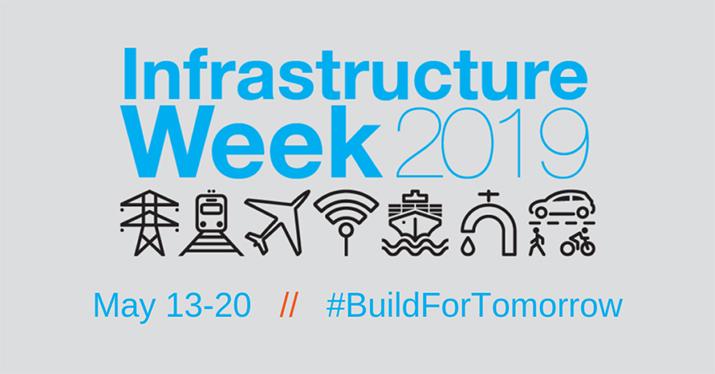 Engage in the discussion surrounding our current and future infrastructure with President and CEO, Dilip Choudhuri, while preparing to "build for tomorrow."

May 13-20, 2019 is the seventh annual Infrastructure Week—a national week of advocacy and education that brings together business, labor, and elected leaders to spotlight the need to revitalize, modernize, and invest in infrastructure. Many communities around the country are working hard to deliver projects the solve local problems. 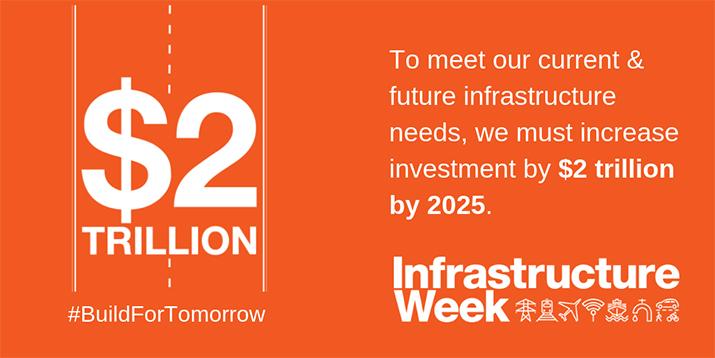 One great example is ReBuild Houston that was initiated in 2010. ReBuild Houston's "Pay-as-You-Go" approach means projects do not start until there is enough money for them. So, though the initiative was approved by voters in 2010, the program was not fully funded until 2012. ReBuild Houston has improved (both street and drainage) more than 900 lane miles across the City. This includes 573 lane miles of repair/rehabilitation and 349 lane miles of reconstruction. Prior to ReBuild Houston, like many other U.S. cities, Houston used bond debt to pay for its infrastructure improvement needs. Over the prior 30 years, the City amassed $1.7 billion dollars in debt to pay for previous infrastructure improvements, which costs the City more than $150 million in interest each year. By switching to a cash-only, pay-as-you-go system, the City avoids creating more debt and, as old debt is paid off, more funding becomes available for future infrastructure improvements.

But such efforts are only a piece of the solution. For two centuries, the federal government was the catalyst for the infrastructure projects that transformed America, made us a superpower, and built the middle class. Federal policy and public and private investment built the transcontinental railroad, the Panama Canal, the interstate highway system, and huge dams and the electric grid. We need leadership with vision and courage to tackle big projects again. This country can accomplish the unimaginable when we put our mind to it. We have to reignite that spark of innovation and ambition, and demand bold leadership to do what we know can – and must – be done. It is time to retire our old bad habits, to reject short-sighted thinking, and finally start to build for tomorrow.

Infrastructure is not a partisan issue—it benefits all equally. Every dollar spent has about a 4X economic growth impact. We recently heard that the President and Congress had agreed to a $2 Trillion number. Lets go for it! Now is the time to build for tomorrow!