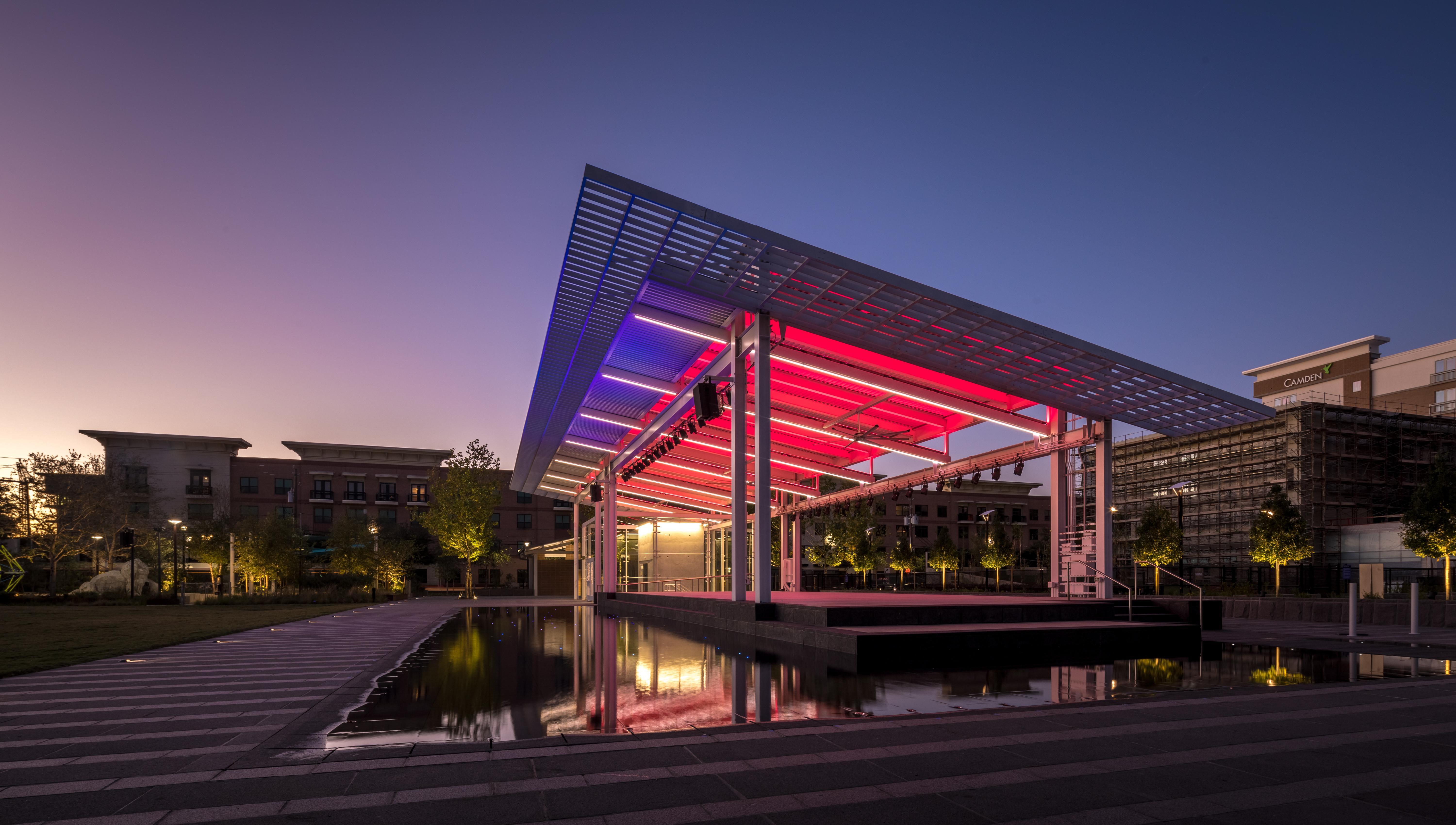 Director of Parking, Brian Lozano, elaborates on Midtown Park— a new Houston property offering an urban oasis of sustainable and innovative design—featured in the October 2020 issue of Parking & Mobility Magazine.

"Since the late 1990s, MRA had been working with developers and property owners to assemble what became a 6-acre tract of land commonly referred to as 'the Midtown SuperBlock.' Through the years, the MRA board, staff, and design team consultants, with community and stakeholder input, worked to create a vision for a mixed-use project featuring an underground garage. 'We wanted to create a premier urban park space in the heart of Midtown to become the focal point for the community and attract new  development along the Main Street corridor,' says Marshall. The group brought in national engineering and consulting firm Walter P Moore as lead design consultant for the project. The goal was to bring nature to Midtown and revitalize the East Side, which had experienced a decline in retail occupancy.

Camden McGowen Station occupies three of the six total acres of development. The eight-story complex boasts more than 300 luxury studios, apartments, and townhomes. The multifamily community will include amenities such as a private parking garage, chef-inspired kitchens, spa-reminiscent bathrooms, and—capitalizing on its serene location—a community pool overlooking a portion of Midtown Park. Camden specifically responded to the scheme of the park with the design of their building forming an H and allowing for both park and downtown views.

One challenge that proved surmountable was how to host a living, sustainable park above a below-grade parking garage. Walter P Moore utilized a collaborative and integrated design approach to design an operationally efficient garage while allowing the park’s trees to also grow and thrive. Partnering with landscape architect Design Workshop, Walter P Moore and Midtown MRA determined that providing both a large open lawn space and mature trees would help enhance the park’s aesthetic, attract visitors, and, most importantly, attract wildlife that was lacking in Midtown. Due to the compact size of the park and the fact that a large underground garage was located directly beneath the development, the team strategically located large trees throughout the park that required over five feet of clearance from the soil to the top of the structure to allow the roots to grow. The lid of the garage was sloped from the center outward to not only allow for enhanced drainage, but also provide adequate clearance for the grass blanketing the lawn spaceand a greater distance to sustain the trees."