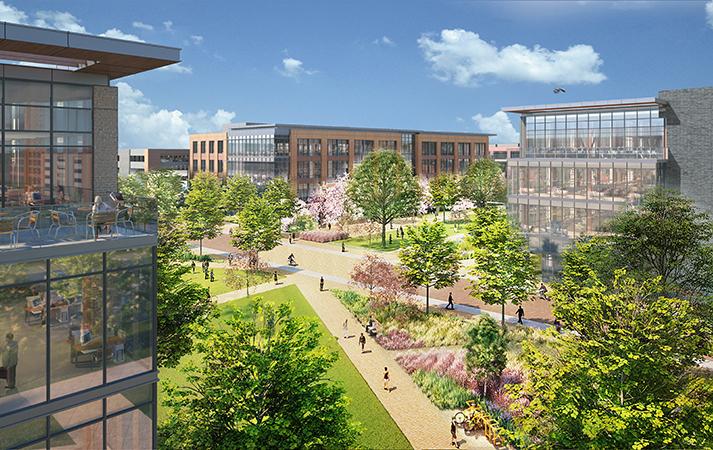 Plans for Walmart's new home office campus — their new "dream home" — were first announced in May 2019. The company cited that the new campus was being designed with their associates and the community in mind. In keeping with their saying that "Walmart is people-led and tech-empowered," they are planning several new amenities for associates, including ample natural light, expanded food offerings, convenient parking, fitness options, and a child care facility, all within a modern, fully connected campus.

"When we think about the future, it’s crucial that we also think about how we are going to preserve our planet and resources for the next generation, while promoting well-being for our associates both today and tomorrow."

Sustainability is a key focus in the design of the campus and is directly in line with Walmart's goals to be powered by 100% renewable energy and create zero waste. Other initiatives include solar panels atop parking decks, energy-efficient lighting and HVAC systems, and regionally sourced building materials (including mass timber construction). The new Walmart campus will feature thousands of trees, shrubs, and grasses to provide habitat for wildlife, shade paths and bike trails, and reconnect associates with nature.

Innovation at Home: Walmart’s Plan for a New Home Office

Behind the Design: An Inside Look at What's Driving Walmart's New Campus