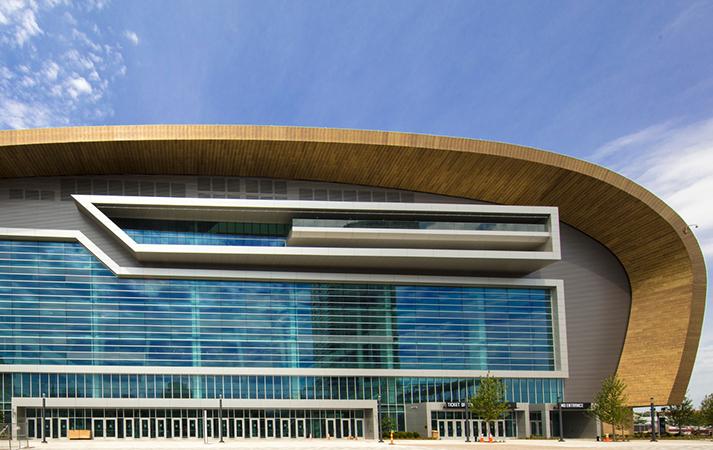 The long-anticipated opening ceremony of Fiserv Forum — an 18,000-seat venue and home to NBA’s Milwaukee Bucks and Marquette University's men's basketball team, the Golden Eagles — anticipated more than 50, 000 guests and spectators. The exceptional arena features an iconic curving roof structure and dynamic façade that position the arena among the most prominent and recognizable buildings in the city.

"The world-class Fiserv Forum is the new home of the NBA’s Milwaukee Bucks and Marquette men’s basketball team.

It will also host a variety of programming – 24 events have already been announced for the venue’s first year – including major concerts, family shows and other sports and entertainment events.

Fiserv Forum will seat 17,500 for basketball and up to 18,000 for concerts with incomparable sightlines from all vantage points.

The arena has three clubs including the BMO Club, Mezzanine Club and Panorama Club, which is on the highest level of the building and features an outdoor terrace with sweeping views of Milwaukee’s skyline." - Pan Stadia & Arena Management 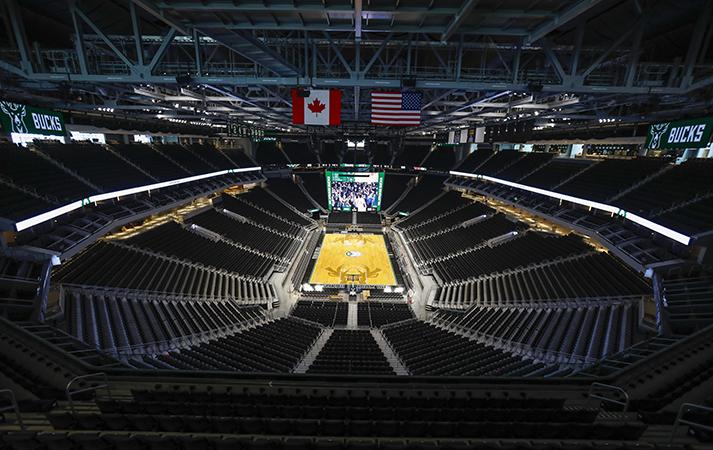 "To say that the Fiserv Forum’s exterior looks like no other NBA arena would be an understatement. From the sides, a large curved roof embraces a glass block. It’s recognizable from a distance, but there’s also plenty of outdoor views from inside the arena and its concourses.

The unique exterior, said Populous Senior Architect / Senior Principal Brad Clark, the arena’s lead designer, was designed to evoke the hull of a ship, a nod to the importance of the Milwaukee port past and present. From a distance, the brown curvilinear roof certainly stands out against the city’s Old World Third Street buildings and the warehouses/old breweries up through Schlitz Park and Brewery Hill. When you’re closer, the lines are replaced by the texture of the patinated zinc panels, providing for a slightly softer feel. This is stark contrast to the largely undistinguished exterior of BMO Harris Bradley Center, a squarish grey/black building set to be torn down in the next 60 days." - Arena Digest