Your Design Community and Beyond

Your Design Community and Beyond 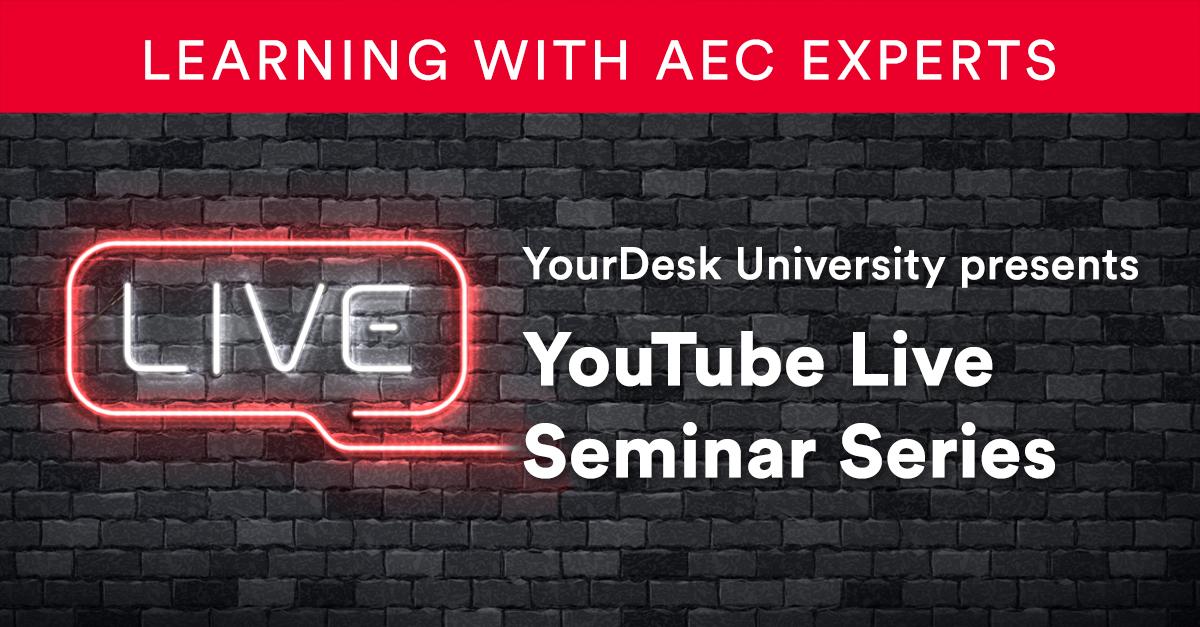 As COVID-19 continued to spread across the globe, shutting down cities and crippling industries, Senior Technical Designers Timon Hazell (Washington, D.C.) and Jared Friedman (New York City) began asking themselves how they could support others during this season and what connecting with clients would look like.

"It was the weekend of March 20th and I had an idea," Hazell laughs. "I started reaching out to a lot of people asking them if they wanted to participate and if they'd be willing to speak as a part of a learning series. We didn't have a name or even very many details, but people were signing up."

The organization was recently profiled in Architect, who was featuring industry standouts utilizing tools, technology, and even sweets to make a difference during the pandemic.

"Have some knowledge that you want to share from the safety of your own house? Volunteer to provide virtual tutorials and demonstrations of your skills in Grasshopper, Python, and more via YourDesk University on YouTube Live. The initiative arose when Timon Hazell, a Washington, D.C.–based associate and senior technical designer at Walter P Moore, and his colleagues were thinking of new ways to 'truly love their neighbor [at a time when] it’s hard to go out and help people out,' he tells ARCHITECT. 'Conferences were being cancelled [and] people are scared for their job. Now is the supreme time to learn those things that people had been pushing off, [so] what if we could use our connections … to gather a following of people to share their expertise?'

In nine days, he and his collaborators created a website, tested streaming methods, and sent out speaker invitations. They veered away from basic tutorials that already exist online as well as “direct marketing topics and sales-heavy presentations,” he says. “The initial focus is on digital exploration, data visualization, machine learning, virtual and augmented reality, visual programming, and how some of the more advanced companies have implemented their ‘digital revolutions’ on a broad scale.” Sustainability and resiliency are also on the to-do list.

The current lineup features presenters from SmithGroup, Hypar, Gensler, and NBBJ, and covers topics that include face-shield production, information management, cultivating a tech community, and scripting. Sign up here to propose a course. Include a brief description of your topic and whom you have in mind as co-presenters or panelists."

Hear how AEC Tech Leaders are driving transformation from within their firms. Enroll in YourDesk University seminars.