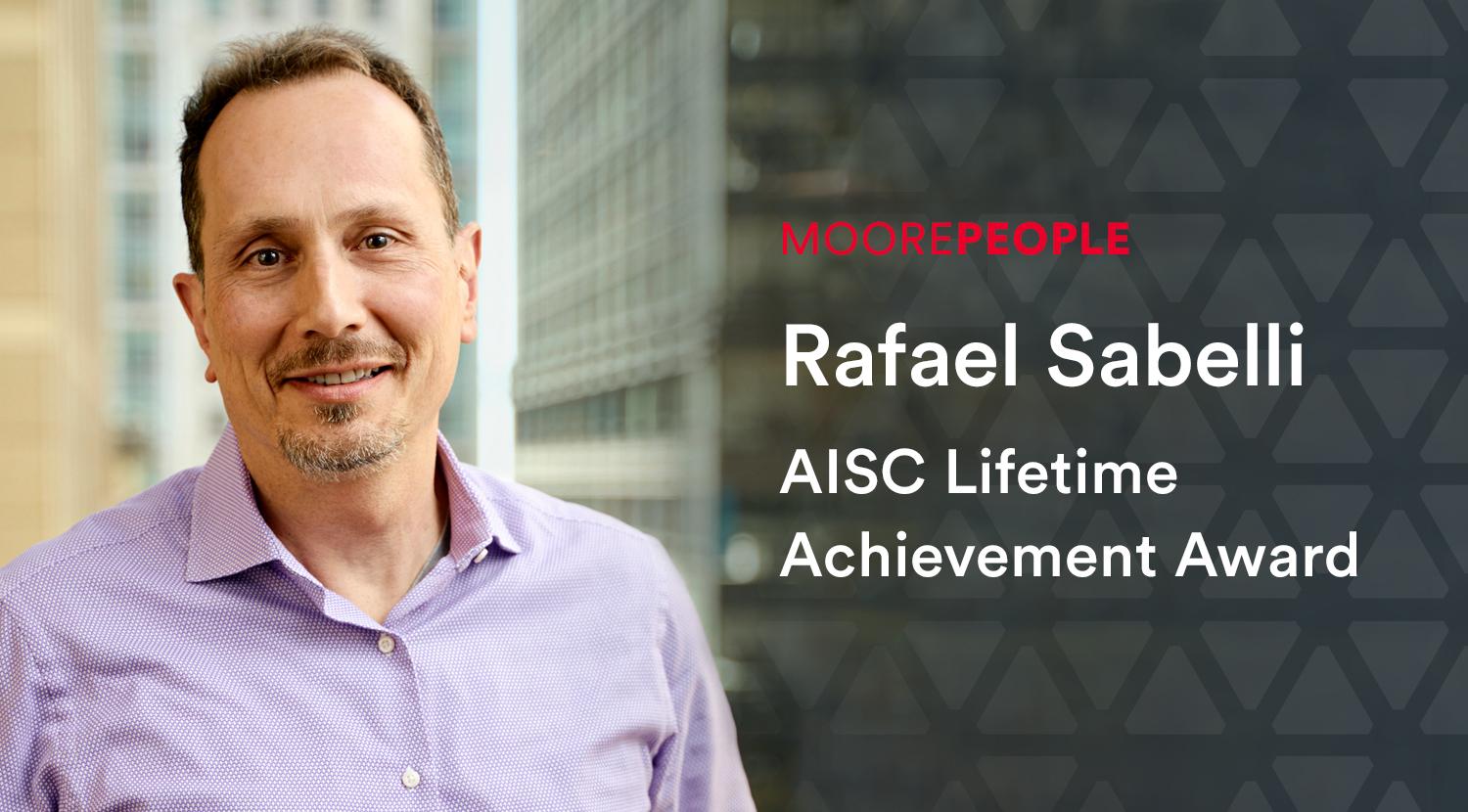 The American Institute of Steel Construction (AISC) announced that Rafael Sabelli, principal and director of seismic design at Walter P Moore, has received a Lifetime Achievement Award for his ongoing commitment and leadership in the fabricated structural steel industry.

“On behalf of everyone at Walter P Moore and professional engineers worldwide, I would like to congratulate Rafael on receiving the AISC Lifetime Achievement Award,” says Dilip Choudhuri, president and CEO of Walter P Moore. “Rafael’s work in seismic design is industry-leading and an integral part of our firm’s capabilities and success. We are proud of all his accomplishments.”

“I have had countless hours of collaboration at AISC meetings. I have worked with fabricators to identify practical and efficient approaches, been educated by renowned academics, and worked with accomplished design engineers to solve detailing issues,” says Rafael Sabelli, principal and director of seismic design at Walter P Moore. “I am honored that AISC recognizes that these hours benefitted more than just myself.”

In 2013, Sabelli earned a Special Achievement Award from AISC and the T.R. Higgins Lectureship Award in 2008. Sabelli is a member of the AISC Committee on Specifications, where he is Vice Chair of the subcommittee on seismic-design provisions, and the AISC Committee on Manuals, where he chairs the subcommittee on the AISC Seismic Design Manual. He is a co-author of Ductile Design of Steel Structures. Additionally, Sabelli has published numerous technical papers on braced frames, connection design, and structural stability.