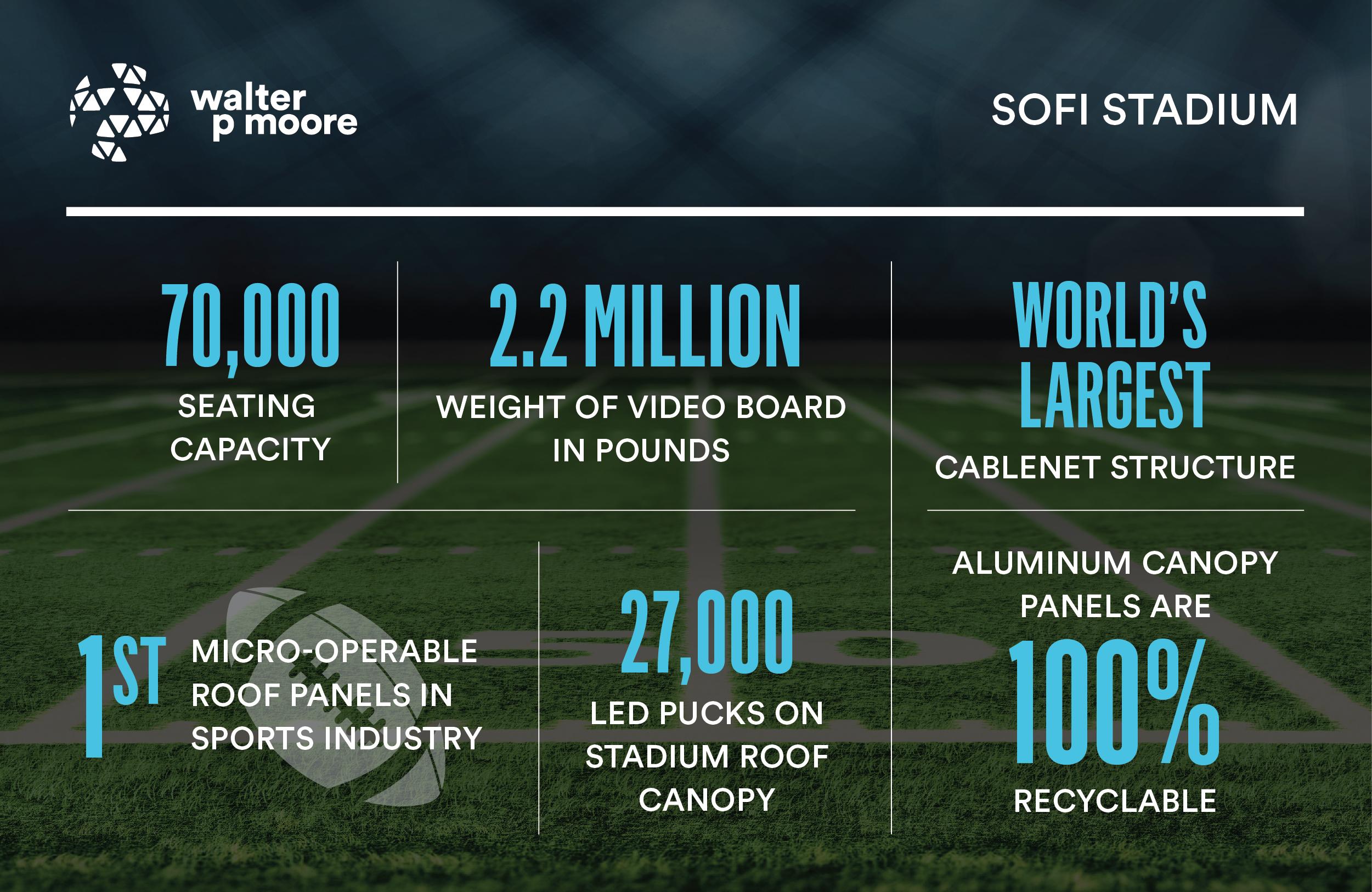 SoFi Stadium is one of three venues—including American Airlines Plaza and YouTube Theater—under a single canopy roof. It is the first indoor-outdoor stadium to be constructed. During the construction of SoFi Stadium, the project team overcame myriad technical, management, and site challenges to build the venue just 500 yards from an active earthquake fault and directly below the two primary flight approach paths to Los Angeles International Airport, just three miles away.

FUN FACT: SoFi Stadium is also slated to host the Opening and Closing Ceremonies of the 2028 Summer Olympics, as well as the College National Championship Game in 2023. 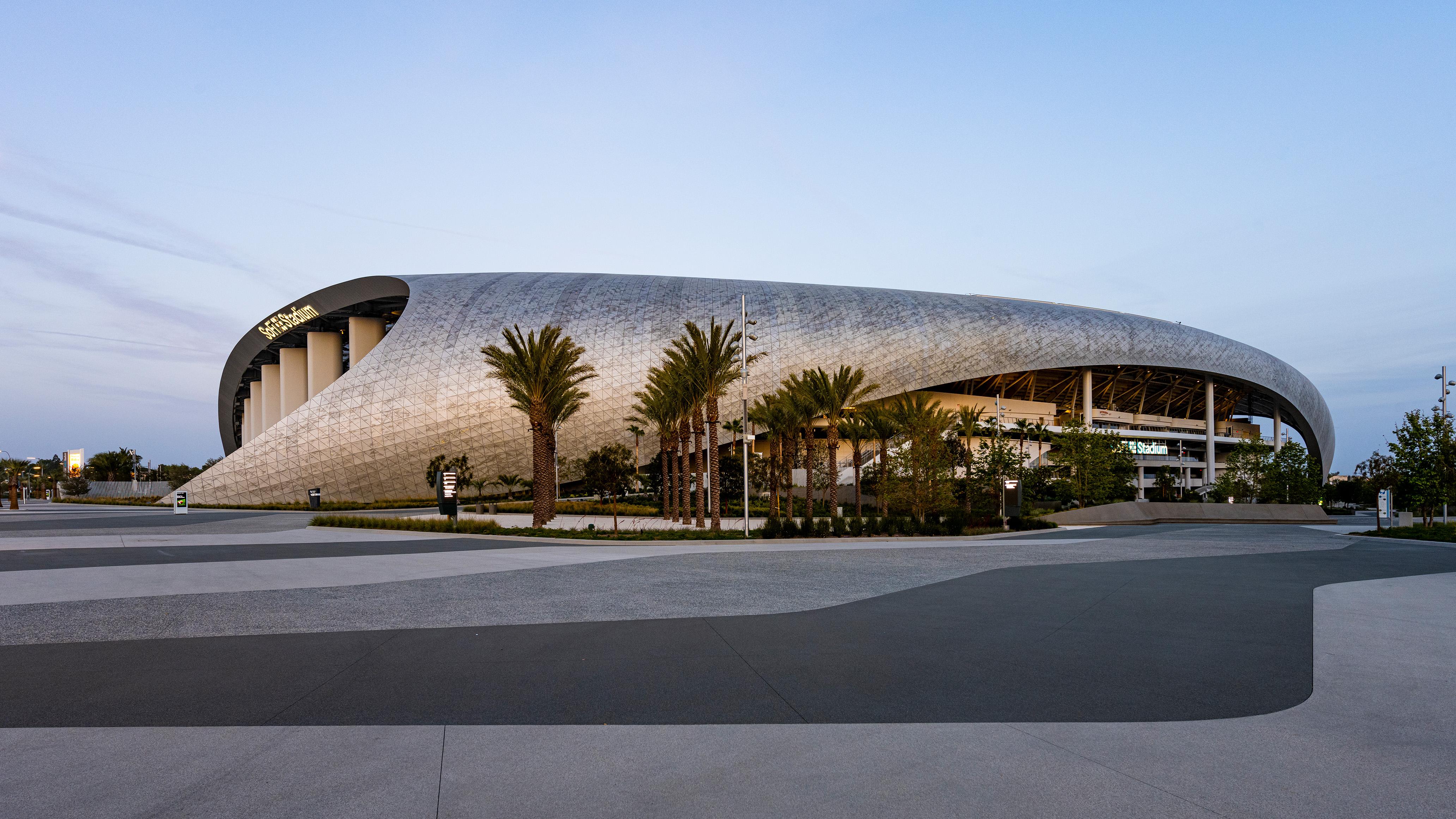 FAST FACT:
*Super Bowl 50 is the only Super Bowl to use Arabic rather than Roman numerals in its name.

Why? For purely aesthetic reasons. "L immediately brought up so many negative connotations," NFL creative director Shandon Melvin said, who added that L, as opposed to X or V, was "very asymmetrical."