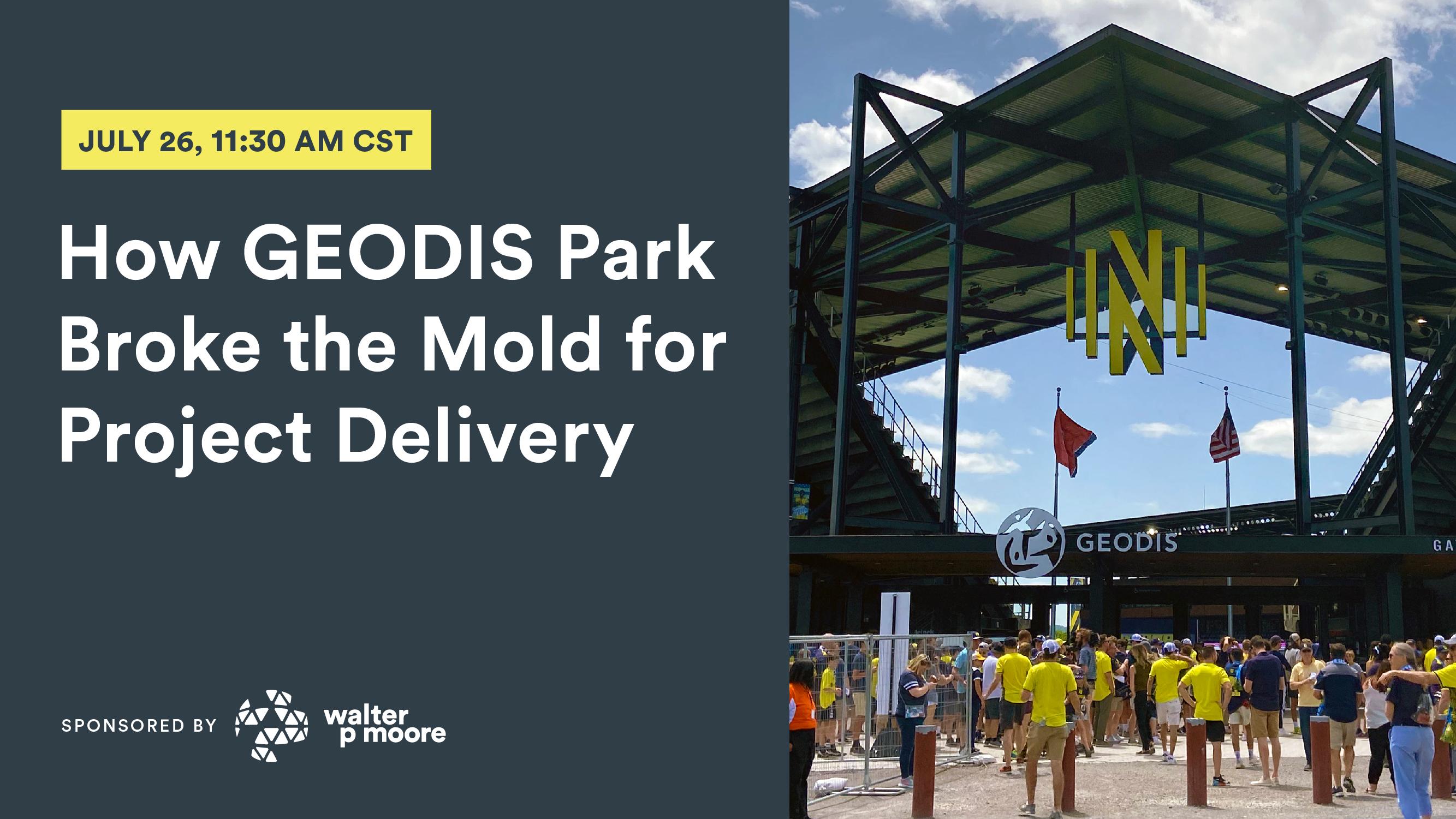 The owner's goal for Geodis Park was to create a stadium that was “uniquely Nashville.” The design team responded with a building featuring exposed steel, wood, and brick. The exposed steel frame became the significant architectural expression of the project. Geodis Park has a large, 360-degree canopy, that is supported by slender steel columns and a large, signature X-frame at the back of the canopy. In all four corners, the canopy cantilevers in two directions, creating a protected and dynamic entry feature to the project.

Mass Timber was used as a signature design element for the entry canopies with each of the seven entry canopies having exposed CLT decking spanning 30ft between steel frames with eight-foot cantilevers. The sleek structural system resulted in overall cost savings than a traditional steel deck roof system with wood soffit below. The exposed steel and wood system matches the industrial architectural systems prevalent throughout Nashville.

Geodis Park features three main stands: North, East, and South all featuring the same number of rows and pitch to the bowl. The West stand has the same lower bowl profile as the other three sides with a premium suite and club level above. A 360-degree rectilinear canopy matches the opening of the canopy with the shape of the field protecting 80% of the seats. These elements combine to create an intimidating cacophony of sound on matchday. Two videoboards in the southeast and northwest corners further amplify the gameday atmosphere.

Geodis Park utilized Walter P Moore’s integrated delivery process which assimilates the structural steel design, connection design, and fabrication modeling. Early involvement of the steel connection design team was critical to crafting all the exposed connections in an elegant manner and coordinating the connections with the scope from other trades. Delivering the developed Tekla model to the fabricator allowed the project to have tighter steel bids, fewer change orders, and improved coordination resulting in erection finishing four weeks ahead of schedule—while maintaining design control over the exposed steel aesthetics.

With 30,000 seats, Geodis Park is the largest soccer-specific stadium in the United States and Canada. Located on the historic Nashville Fairgrounds, the stadium will anchor a new mixed-use entertainment district that further enhances the existing Fairgrounds environment. The facility will be able to host events year-round, making it the perfect venue for a range of sports, concerts, and other live events.